Consolidation and the Mid-Range Auction Market 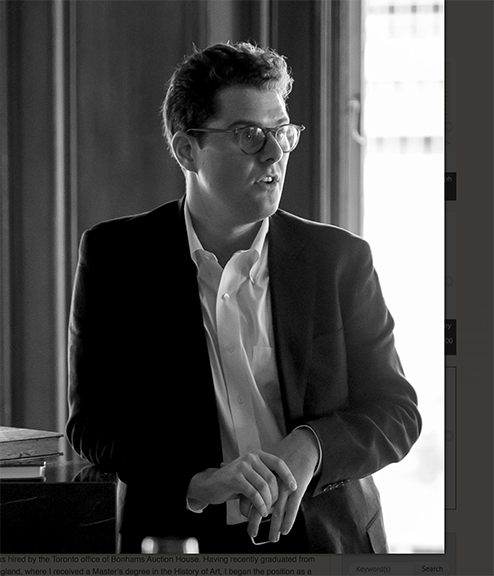 At the end of June, Bonhams continued its ‘roll up’ strategy with the acquisition of the Paris-based auction house Cornette de Saint Cyr as forecast in “What Are They Building in There?: Bonhams in March” [https://www.rarebookhub.com/articles/3172]. The newly acquired house also has a salesroom in Brussels furthering Bonhams’ objective, funded by Espiris, to create a global network of regional auction houses focused on the ‘middle market’.

How does this relate to the rare book and ephemera markets? Why should collector take notice? Keeping in mind the two divergent models of auction event profitability that are further establishing themselves with in the Post-Pandemic auction industry [https://www.rarebookhub.com/articles/3153], Bonhams is making moves to consolidate the sub $1 million dollar auction market of which books, manuscripts, prints and photography make up a considerable share.

The week following Bonhams announcement, for the first time, a specialist formerly of a major auction house announced to a bibliophilic Listserv an upcoming sale for Catawiki were the items on offer were a fraction of what this specialist previously handled.

Seemingly independent events, however, these two models of development will meet in the middle market (build up vs. buy out). As outlined in “Where are we going from here?” [https://rarebookhub.com/articles/3044], venture capital funded online auction platforms have the advantage of lower operating costs and an ‘Outsider’ position which has them less beholden to conventions. This aligns with their requirement to run a full schedule of sales featuring a high number of lots in order to remain profitable. The risk in this strategy of many low value items is that it impacts the legitimacy of the platform within the Auction Industry as a whole. In order to participate in the more rare/valuable items it will require a concerted effort to establish trust and legitimacy with both consignors and bidders, hence the hiring of established specialists from brick-and-mortar houses.

For brick-and-mortar houses, such as Bonhams, who find themselves unable to participate in the few, high-spot auction event model, however unable to adopt the many, low estimate auction event, consolidation of the remaining middle market brick-and mortar auction houses is the most viable strategy moving forward. Based on Bonhams' infrastructure as well as organizational structure, they will not be able to compete on the digital marketing front as their cost/revenue dollar is too high. Instead, they will rely on the established base of regional auction houses and work from there to provide wrap around services for consignors and bidders alike.

In the case of Bonhams, and there will be more in the coming years, their acquisition of four competitors in half a year has them presenting as an entirely different organization. When acquired by Espiris in 2018, Bonhams online sales accounted for around 10% of total sales, now in 2022, it is 50%. That is a huge transformation in where revenues are coming from. Further growth can be observed in their client list, which has increased by 3 times since 2019 and in 2021 alone saw the firm’s transactions consist of 49% net new clients to Bonhams. Again, this type of transformation in the size and growth rate of a client base has the potential to be highly impactful. Especially impressive is the addition of almost 50% in net new clients to the House. Finally, in reviewing last year, intercontinental clients increased by 71% as reported by Bonhams CEO, Bruno Vinciguerra.

Looking in the mirror these days, Bonhams might be unrecognizable to itself. The challenge moving forward will be whether the House will be able to retain and grow these inherited clients while acquiring more and growing them as well.

For collectors observing these developments and trying to parse its impact on their participation in the Auction industry as a consignor or bidder, it will be Important to see what both online platforms and consolidating auction house do with the data they are accumulating. Will auction results remain open and listed through 3rd party aggregators such as Rare Book Hub, or will it become proprietary requiring the public to establish an account with the House.

Spencer W Stuart is a collections advisor and writer on collecting, book history and the auction industry. The above article is a continuation of his ongoing AUCTION INDUSTRY OUTLOOK series [http://spencerwstuart.ca/aio/] and is an edited version of a chapter in his forthcoming book Contemporary Issues in Rare Book and Manuscript Collecting due out Autumn 2022.