What Your Children Don't Know 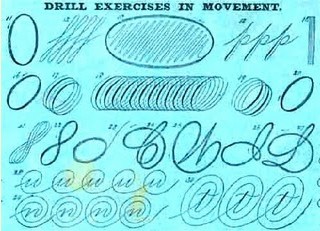 The annual list of things this year's entering college freshman class either does not know, or has always assumed to be true, has been released, and as always, it is a sobering group. Beloit College in Wisconsin issues this list every year, and it is both amusing and, for older folks, terrifying to realize what their children or grandchildren have never experienced or have always known. For those with a love of the old technology, the printed book, you will come away not wondering why paper books are at risk of disappearing. Instead, you'll be amazed they still exist at all for this group of young adults.

The final item we will mention, actually number 1 on Beloit's list, will be particularly poignant for those who care about writing. First, here are some of the other things your college bound offspring don't recognize that you do.

They have never used a telephone with a cord attached to the handset.

They rarely use email any more because it is too slow, and they seldom, if ever, use postal mail (although they undoubtedly understand the expression "going postal").

They have never seen Kodachrome slides (and Kodak recently stopped their last production of Kodachrome film).

They do not recognize that pointing to your wrist is a request for the time (they don't wear watches).

Walmart has never sold handguns in the lower 48 states, and Sam Walton has always been dead. As an aside, I can also remember when virtually everything Walmart sold was made in the U.S.A. and they promoted it proudly. Today, practically nothing they carry was so made. We had a Chinese exchange student stay with us this summer, and it is almost impossible to find souvenirs of America that are not made in China. I digress.

Here are two more items from the list that provide some personal irony. Beloit informs us that had it remained operational, the villainous computer HAL from Space Odyssey could have been their classmate, "but they have a better chance of running into Miley Cyrus's folks on Parents' Weekend." They also inform us that longtime Miss America Pageant host Bert Parks has always been dead. When I went to college, there was no HAL, no Miley Cyrus, nor even Billy Ray Cyrus, but Bert Parks showed up for Parents' Weekend. My kids have no idea who Parks was.

There have always been hundreds of television channels to choose from but nothing to watch.

They have never had to worry about a Russian missile attack.

Woody Allen has always been romantically involved with Soon-Yi Previn.

Finally, here is number 1 on their list, and it is one closely connected to writing: "Few in the class know how to write in cursive." I asked my daughter, who will qualify for next year's list of freshmen ignoramuses, whether this was true. She says she did learn to write in cursive, having one year of instruction in elementary school, but is unsure whether she remembers enough to use it for anything more than her personal signature. Come to think of it, I can't remember when I last wrote anything in cursive other than my signature. It may have been just before I got my first computer/word processor in the 1980s.