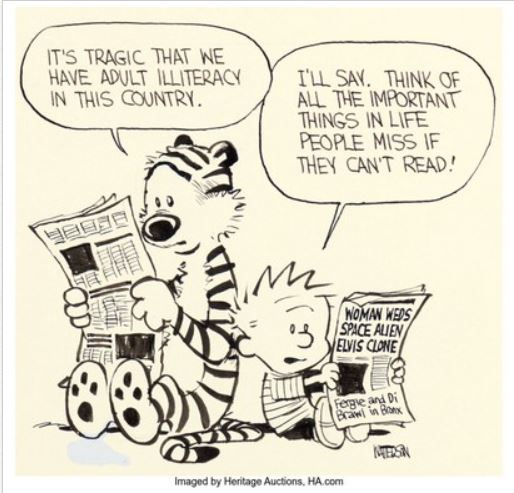 The most popular categories of paper outside of books and manuscripts are collectible cards, with 102 entries, and comics with 82. Comics have flattened out some while collectible cards slipped over 20%. Prints would be more dominant but we only include prints of historical or geographic significance as prints of artwork would overwhelm other categories. The same is true of photography. Andy Warhol alone would have taken 61 spaces. Interestingly, Banksy, who came from nowhere to a position that he/she would have held 59 places in 2021 only would have taken 21 in 2022. Has Banksy's popularity peaked?

Who was the leader on this list? No, it wasn't Shakespeare, not Washington or Lincoln, nor old standbys like Audubon or Darwin. Charles Dickens, once a regular leader with double digit entries had zero. His popularity at the high end clearly is waning. It wasn't even one of the popular fictional superheroes like Superman, Batman, or Spider-Man. The runaway person of the year was Mickey Mantle. That is surprising to an American, and must be even more so to readers from Europe or places outside of North America, most of whom probably don't even know who he is. Mickey Mantle was an American baseball player in the 1950s and 1960s. He was one of the greats, no doubt, but his is not an iconic name like Babe Ruth or Ty Cobb. Why his baseball cards bring the highest individual and total numbers for baseball cards is a bit of a mystery to me, but they do. Mickey had 21 entries in the Top 500, including 4 in the top 50, 11 in the top 100. Most are for his rookie card. Runners-up on collectible cards, with 8 each, were Babe Ruth and Pokemon. Those two have nothing in common. Interestingly, the man most associated with Mantle, Roger Maris, who successfully engaged him in that fantastic duel in 1961 to break Ruth's home run record of 60, did not have a single card in the Top 500. Maris won the home run chase but Mantle won the popularity contest.

Superheroes continue to dominate the comics and much of the Top 500. Superman has 5 entries, Batman 7, Spider-Man 7, Captain America 6. Hergé's Tintin, once a double-digit regular, is down to one. Outside of three Calvin and Hobbes strips from Bill Watterson, no comical comics appeared, just violent superheroes and villains. Not even Charles Schultz and Peanuts, one of the regulars, made it this time.

From more traditional books, John James Audubon had 11 entries (and his son one), Shakespeare 4, Herman Melville 4. Explorer Mark Catesby, never before a factor, had 6. Photographer Ansel Adams had 7. Japanese artist Katsushika Hokusai, who created a series of views of Japan in the 19th century, had 4. This was his first appearance.

It was virtually a shut out in children's books, a major surprise. There was nothing on the list from Seuss, Carroll, Baum, Milne, Sendak, or Beatrix Potter. Harry Potter did make it twice.

Here are a few notable items outside of the top 10, which we will get to shortly.

255. Beethoven, writing to his librettist concerning a request to write music for an opera, complains that he is not being paid enough money for the job. $200,992.

252. Thomas Jefferson, three weeks before leaving the presidency, writes to old friend and supporter of the American Revolution, Italian Philip Mazzei. “I am now within three weeks of the day of my retirement from office. it will be a day of great relief & joy to me.” $201,600.

185. Former President Harry Truman responds to a journalist about his thoughts on dropping the atomic bomb on Japan. “I have very little to say about that except that the tears that have been shed on account of the atomic bomb should have been shed on the Pearl Harbor attack. All you have to do is to go to Pearl Harbor and stand on the upside down Battleship with the 2,000 youngsters beneath it and you can understand why I don't sympathize with the tear shedding of Hiroshim[a] or Nagasaki, because the dropping of those bombs is what ended the war.” $237,500.

164. Copy of the 13th Amendment to the U.S. Constitution outlawing slavery. Signed by Vice-President Hannibal Hamlin and 107 members of Congress who voted for it. $262,500.

152. George Henry Hunt writes to his parents from onboard the Titanic on the day of its embarkation. He did not survive. $275,000.

113. President Lincoln writes to the Army of the Potomac after their defeat at Fredericksburg, saying that the skills they displayed shows “you possess all the qualities of a great army, which will yet give victory to the cause of the country and of popular government.” $325,000.

57. Tragic letter left behind in his diary by Antarctic explorer Robert Falcon Scott after reaching the South Pole, knowing he would not make it back alive. “...we have been to the Pole and we shall die like gentlemen.” $486,519.

18. Complete collection of the signers of the American Declaration of Independence, including the exceedingly rare signature of Button Gwinnett. $1,395,000.

11. John Hancock's signed letter to the states announcing that Congress has adopted the Declaration of Independence, July 8, 1776. Thirteen copies were made, one sent to each state, of which five survive. $1,896,000.

10. Contemporary broadside printing of the Declaration of Independence, circa July 14-16, 1776. Printed in Salem, Massachusetts, by John Rodgers at Ezekiel Russell's printing office. $2,100,000.

8. George Washington sends this letter to Thomas Jefferson, then serving in France as U.S. Minister, September 18, 1787. “Yesterday put an end to the business of the Foederal Convention. Enclosed is a copy of the Constitution it agreed to recommend.” $2,389,500.

7. The first edition of the most important work by the greatest writer of the Western World, William Shakespeare's Comedies, Histories, & Tragedies, better known as the First Folio. Published by friends after his death, it preserved several plays, including Macbeth, that otherwise would have been lost. $2,470,000.

6. Manuscript document of the proceedings of the Virginia Ratification Convention which ratified the U.S Constitution in 1788. $3,075,000.

3. Original artwork by Mike Zeck and others from 1984's Secret War's #8 introducing Batman's black Venom costume. It is the artwork for that introductory page. $3,360,000.

2. Rustam recovers Rakhsh from Afrasiyab's herd, illustrated folio image from The Shahnameh of Shah Tahmasp, commissioned by the Safavid (Persian) emperor, attributed to Mirza 'Ali, circa 1525-1535. $10,157,742.

The entire 500 can be viewed at the following link: www.rarebookhub.com/top500_auctions?year=2022

This list can be a bit head-scratching at times. Mickey Mantle was an outstanding baseball player and a decent, if flawed, person, but $12.6 million for a baseball card? Two hundred years from now, will he still be remembered in awe as Washington is today? Shakespeare is still revered four hundred years later. Will the same be true of the Teenage Mutant Ninja Turtles? It was great to see four foundational items from America, encompassing the likes of Washington and Jefferson, in the top 10, but none of them finished as high as the fictional comic “hero” Captain America. Somehow, that just doesn't feel right. Then again, $3 million each for those three superhero comics, or $12 million for a baseball card, aren't as ridiculous as $44 billion for Twitter. If you have a lot of money, you get to spend it as you please.