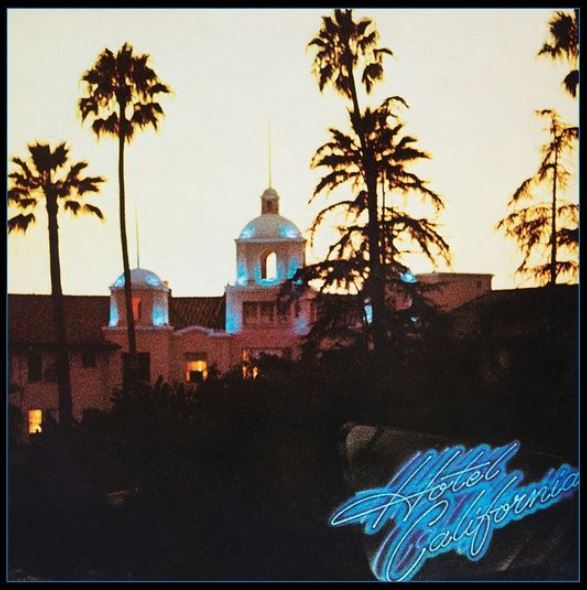 Welcome to the Hotel California.

Three men, including a New York bookseller, have been charged in a conspiracy to sell an archive of materials stolen from The Eagles' singer and songwriter Don Henley many years ago. Glen Horowitz, 66, proprietor of Glen Horowitz Bookseller in Manhattan, was charged along with Craig Inciardi, 58, and Edward Kosinski, 59. Inciardi is the Rock & Roll Hall of Fame and Museum's Curator and Director of Acquisitions. He has been suspended pending an investigation.

The collection contains approximately 100 handwritten notes and lyrics mostly pertaining to the creation of their most famous album, Hotel California. Among the lyrics are those of the Grammy award-winning title song, along with Life in the Fast Lane and New Kid in Town. Hotel California is frequently recognized as one of the most iconic rock & roll songs and represented the peak of The Eagles' enormous commercial success. The collection has been valued at $1 million.

A press release from the office of the Manhattan District Attorney explained the history of the case and the defendants' alleged involvement. “According to court documents, the manuscripts were originally stolen in the late 1970’s by an author who had been hired to write a biography of the band. The biographer eventually sold the manuscripts in 2005 to Horowitz, a rare books dealer, who in turn sold them to Inciardi and Kosinski. When Don Henley learned that Inciardi and Kosinski were trying to sell portions of the manuscripts, he filed police reports, told the defendants that the materials were stolen, and demanded the return of his property. Rather than making any effort to ensure they actually had rightful ownership, the defendants responded by engaging in a years-long campaign to prevent Henley from recovering the manuscripts.

“Beginning in December 2016, the District Attorney’s Office executed a series of search warrants and retrieved Don Henley’s stolen manuscripts from Sotheby’s and from Kosinski’s New Jersey residence, including 84 pages to songs from the album Hotel California. Shortly thereafter, Horowitz attempted to exploit the recent death of founding Eagles member Glenn Frey to prevent criminal prosecution; he produced a new false statement of provenance, this time claiming that the materials originated from the now-deceased Frey. In one email message, Horowitz observed that '[Frey] alas, is dead and identifying him as the source would make this go away once and for all.'”

Now it should also be noted that the defendants obtained from the author who sold the documents to Horowitz a claim that he had obtained them from Frey, though that was very different from what he had said earlier. His explanation was that he was protecting Frey during his lifetime from having this revealed to Henley, a claim the District Attorney clearly does not believe. The D.A. may also feel that the defendants encouraged the author to give such an explanation.

Horowitz has been charged with Conspiracy in the Fourth Degree, Attempted Criminal Possession of Stolen Property in the First Degree, and two counts of Hindering Prosecution in the Second Degree.

Inciardi has been charged with Conspiracy in the Fourth Degree and Criminal Possession of Stolen Property in the First Degree.

Kosinski has been charged with Conspiracy in the Fourth Degree and Criminal Possession of Stolen Property in the First Degree.

The defendants all denied the charges through their lawyers. Reuters reported that in a joint statement, their counsels asserted, the District Attorney “alleges criminality where none exists and unfairly tarnishes the reputations of well-respected professionals. We will fight these unjustified charges vigorously. These men are innocent.” The District Attorney's release pointed out, “The charges contained in the indictment are merely allegations, and the defendants are presumed innocent unless and until proven guilty.”

“Welcome to the Hotel California...

What a nice surprise