Reimagining Winnie the Pooh - Like You Never Saw Him Before 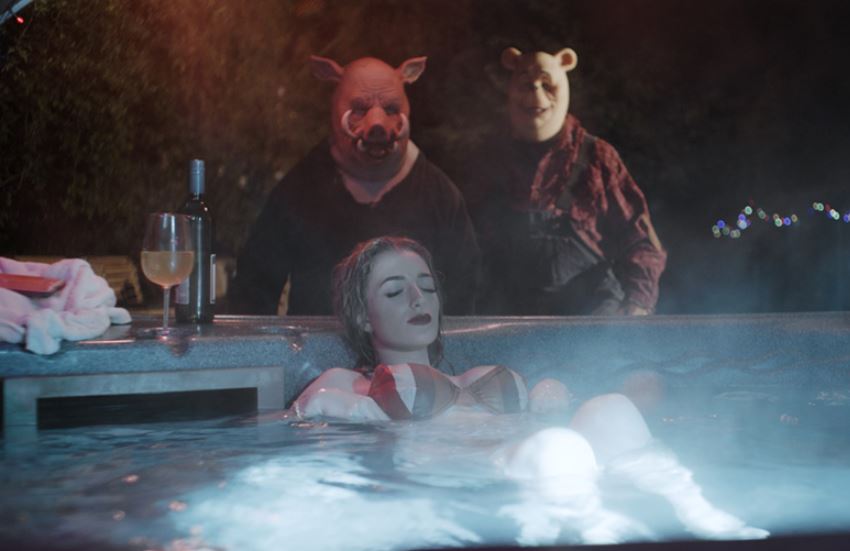 Piglet and Winnie the Pooh sneak up on the unsuspecting damsel.

The subject of copyrights is back in the news as a bill has been proposed to Congress to reduce the length of copyright protection. Missouri Senator Josh Hawley's legislation has little to do with copyright principles. It is simply an attempt to revoke the Disney Company's copyright protection for Mickey Mouse as punishment for speaking out against anti-LGBTQ legislation. If Senator Hawley was paying attention, he would have known that the Mickey Mouse copyright is going to expire in another year anyway, but perhaps letting it expire naturally would mean missing out on an opportunity for grandstanding. Missed in all of this controversy is that every year copyrighted classics are seeing their copyrights expire naturally, and this year, another, perhaps even more cherished childhood figure, has had its copyright expire. Winnie the Pooh is no longer under copyright. The consequences are such that few would have foretold.

Winnie the Pooh is becoming the star of a new movie, but this time, no approval of a copyright owner will be needed. The filmmaker is free to treat Winnie however he pleases. This version is being made by Jagged Edge Productions, not a big name in the field. They make low-budget films. They have garnered no Oscars, not even a nomination in the past. For a peek at what type of film this may be, among their other films are the classics Easter Bunny Massacre and The Curse of Humpty Dumpty. As you might guess, they make horror movies, but mixed with some humor based on the absurdity of the premise.

Their latest film is titled Winnie the Pooh: Blood and Honey. Jagged Edge Productions has not announced a release date, nor have they said much about the film, though they have released some stills from the trailer. Between what has been released, and an interview of director Rhys Frake-Waterfield in Variety, we have learned a little. Christopher Robin has gone off to college, abandoning his stuffed animals to fend for themselves. Left to their own devices, the they do not work together to resolve their problems. Instead, they devolve, acting like the children from Lord of the Flies. Piglet and Winnie work together as a team, but we learn that by the time the cameras start rolling, they have already killed and eaten Eeyore. Eeyore thought his life was hard before. There are worse things than losing a tail.

Fortunately, Tigger escaped the dynamic duo. It's not because tigers are more dangerous. Tigger came along a little later so he is still under copyright.

As you can see from the photo, Pooh and Piglet do not much look like you remember them. They are not cuddly. As Director Frake-Waterfield explained, they have essentially gone feral. Pooh no longer wears his bright red sweater but there is another reason for this. That appeared in the later Disney version of Winnie the Pooh which is still under copyright. They did not want to use any attributes of the characters that are not in the public domain. The Director points out that no one will confuse his version of the story with Disney's and I agree he has a good point there.

In the scene shown above, the typical horror movie beautiful woman relaxes in a hot tub, unaware of the viscous killers behind her. We learn that they chloroform her, drag her out, and run over her with a car.