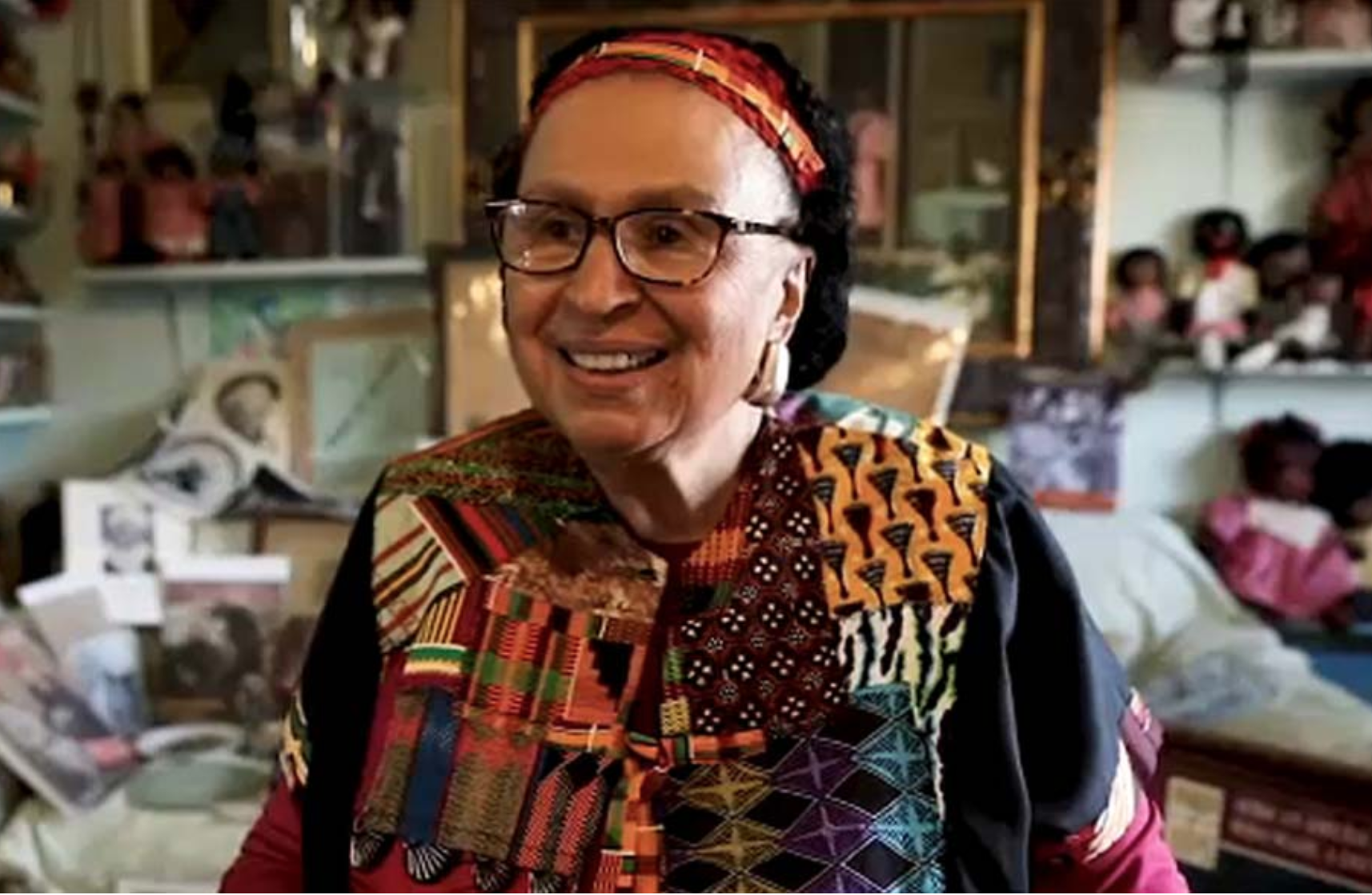 Promptly at 2:00 pm EST in New York on Tuesday 15 March, 2022 Guernseys sold the most complex lot we have had the pleasure to contemplate in many years:  The Elizabeth Meaders Collection tracing the African American experience from the beginnings of Slavery, through the Revolutionary War onto the Civil Rights Movement and today’s Black Lives Matter.

Ms. Meaders, now 90, began collecting the black experience in 1950 before Martin Luther King was crossing bridges and leading boycotts and she would continue to find more and more examples as the movement gained strength.

In time, what were first bags and boxes became packed shelves, filling closets and every scrap of storage and wall space in Ms. Meaders’ 3 story home.  In collecting it’s always been a matter of timing and Ms. Meaders’ timing turned out to be world-class.

In 1950 there were still covenants in deeds restricting non-white ownership.  The Montgomery Bus Boycott began on December 5th, 1955.  In 1957 Eisenhower would confront Faubus in Arkansas in desegregating public schools.  It wasn’t an easy thing to be a black in America when  Ms. Meaders began her collection, when society was not yet willing to stand against racism BUT it was relatively easy to acquire black history.  Every field and form have their best and worst days and black history in the 1950’s was at its nadir.

In time Ms. Meaders became a teacher and on her teacher’s salary, sought to turn her passion into a collection of the history of the American black experience.

And she succeeded, to the point that what was once her home transformed into a museum of the black experience.

And now, at 90 what was needed to be done, was to offer the collection at auction.

The choices were complicated and Guernsey, the New York auction house, took on the challenge.  Auction houses rely on auction history to describe and estimate value but such examples are invariably rare and inconsistent.

Ultimately Guernsey and the consignor chose to offer a range of estimates from $2 to $10 million.  On March 15th we found that someone placed a bid at $1.5 million and no other bidder stepped in to carry the price higher.  Sold!

A vocal minority in America wants to forget that ugly past and we’ll soon learn whether that history will live on.  Auctioneers only sell.  Buyers make those decisions.

Ms. Meaders’ collection should stay together.