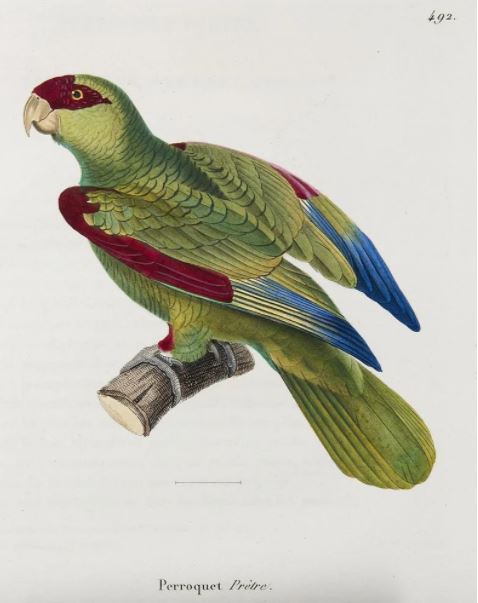 Jeschke Van Vliet Auctions of Berlin is celebrating a milestone, their 30th anniversary in the trade. They specialize in auctions of books, art, and related material. This auction is focused on old and rare books and other items in the “works on paper” field, notably prints and photographs. The sale title is 30 Years Jubilee Auction Rare Books, Decorative Prints, Historical Photography.

The sale will be held on December 4, 2020. Most bids will be placed online and their catalogue can be viewed, and bids placed, on LiveAuctioneers. There are over 500 lots offered and they are filled with all sorts of antiquarian and important material. The catalogue and bidding instructions can be found on LiveActioneers at the following link: www.liveauctioneers.com/catalog/185198_30-years-rare-books-prints-photography.

Jeschke Van Vliet has provided a description of a few of the highlights of the sale which are as follow:

Lot 454 Yves Klein (1928 Nice - 1962 Paris).
Exhibition catalogue with additional unique monochrome and two colour serigraphs. Monochrome and Fire. Exhibition cat. Museum Haus Lange, Krefeld, 1961. 3 loose double sheets in an OPp. envelope. 4°. Includes a monochrome with gold leaf applications on gold foil, as well as a pink and a blue colour serigraphy. Each approx. 32 x 23 cm. Each fixed to a point on a backing and mounted under passepartout.

Exhibition catalogue with additional monochrome and two color serigraphs. 3 loose double sheets in original envelope. Includes a monochrome with gold leaf applications on gold foil, which is in every edition a unique piece as well as a pink and a blue color serigraphy. - Catalogue of the artist's very solo exhibition exhibition in Germany, which was also his first institutional exhibition abroad. Until Klein's death one year later it was to remain the only public museum exhibition during his lifetime. The three works were published together with the exhibition catalog. - Envelope slightly browned, bumped and with minimal soiling. The two color serigraphs with minimal rubbing and delicate crease marks. The blue serigraph with bumped corners. Both works of intense colour. The monochrome in gold bumped at the corners and, due to the nature of the work slightly creased along the lower edge. Overall very clean and shiny.

First edition of Temminck's monumental work. The splendid plates in bright colouring with approx. 800 depictions of birds by and to N. Huet and J.-G. Prêtre on 600 plates, partly heightened with protein. 5 Vol. Red half leather. of the 20th century in the style of the time with gilding on the back, title on the back and Head gilt cut (sign: I. Saulnier). - Wide-margined copy of the edition usually designated as 4to. - Text plate somewhat foxed, the plates not affected, slightly browned in places; title with weak water margin due to detachment of a paste over the printing place, vol. 5, plates 565-573 and corresponding text plate with weak brown spot in the bunch, in vol. 5 at the end (Addition and Tableau méthodique) with water margin in the upper outer corner, 1 sheet missing (of the Preface) and, as often, the 12 p. "Prospectus" by Cuvier.

Lot 43 Book of Hours. Illuminated manuscript. - With 6 splendid gold heightened initials with rich fleuronée, numerous initials in gold tincture, as well as numerous lombards rubbed in blue and red. Germany 15th/16th century. Textura in blue, red and brown ink. Vellum. 13,4 x 7,8 cm (typeface 8,6 x 5,7 cm). 18 lines. 170 sheets. 12° - The low German Book of Hours begins with the Calendar (Fol.1-12). Geographically, the veneration of saints in the calendar refers to the Westphalian-Rhenish area. Folio 3v. names Bishop Ludger of Münster, and folio 10v. names Bishop Severin of Cologne in the calendar of saints. These regional saints, who are only noted with additional place names, are flanked by Bishop Lambert of Liège (fol. 9v), Valerius of Trier (fol.1v) and international references such as Bishop Ambrose of Milan (fol. 4r.). The female staff of saints include St. Agueta, Appollonie, Scholastica, Juliana, Sophia, Justina, Clara, Tecla and Victoria. - The Office of Mary (fol.13-59.) begins with a splendid floral stem-filled Intiale and continues with the hourly prayers until the completion and is concluded by the Marian antiphon Salve Regina. Remarkable are the Lower German Prayer Institutes found in fol.45, the wording of which can partly be found in Marlies Stählis, manuscripts of the cathedral library in Hildesheim (p.310). After that there are the Crucifixion of Jesus (fol. 60-71), the Psalms (fol. 72-87), Heiligenlitanei (fol.87v-89v.), as well as Hymns and Vigilia (fol.90ff). - Beautiful manuscript, the initials partly reminiscent of the goldsmith's type in gold and opaque colours with fine white heightening with rich fleuronné, the litany of saints with sticks as line fillers, few leaves with minimally erased text, this one completed by hand. Red cut.

Rare and at the same time one of the most beautiful works on monkeys, luxuriously furnished (The list of subscribers lists 139 copies). With 63 copper plates, 61 of them in color cast, partly supplemented with hand coloring by Audebert. A. replaced the watercolour paints that had previously been used for colour engraving with oil paints in a newly developed process and thus achieved a previously unattained colour effect. - 3 text sheets with old repaired tear, one of them longer, few text sheets with small tear in the untrimmed margin. Partially light to moderate foxing, few weak fingerprints.

Jeschke Van Vliet Auctions can be reached at +49 30 22 66 77 00 or info@jvv-berlin.de. Their website is found at www.jvv-berlin.de. Lots can be viewed and bids placed on LiveAuctioneers at www.liveauctioneers.com/catalog/185198_30-years-rare-books-prints-photography.