Barnes & Noble Purchased by a Hedge Fund. Times Have Changed 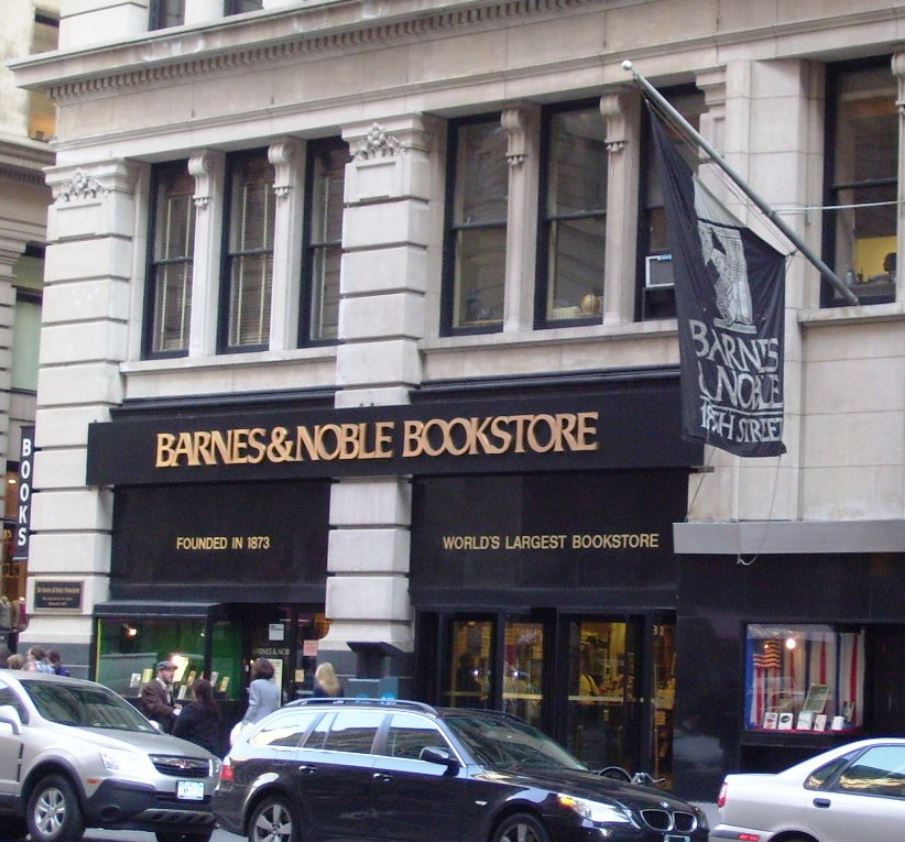 The long journey of Barnes & Noble, once the world's largest bookseller, took another major turn in its declining years when it was sold last month to Elliott Management for $683 million, or $6.50 per share. Elliott Management is part of what can be called a Hedge Fund, or an Activist Fund, even a Vulture Fund, depending on your point of view. They purchase large or controlling interests in companies, often distressed ones, and attempt to improve their performance or turn them around. They are not new to book selling, having purchased the struggling British bookseller Waterstones last year. Barnes & Noble, a publicly traded company on the New York Stock Exchange since 1993, will once again become private.

While Barnes & Noble's influence on the rare and antiquarian book trade was limited, its role on the larger new book trade was enormous. During the period from 1970-2000 it turned new book selling on its head as it became the largest bookseller in the world. Then the internet came along and so did Amazon, and B&N turned from predator to prey. The company recovered enough to become #2 in the field of online book selling, but unfortunately, there was only room for one really successful online seller of new books. It turned into a one-horse race with the others fighting for scraps.

Barnes & Noble's history actually goes back to the 19th century. Clifford Noble took a job in a New York City bookshop in 1886, later became a partner, bought the firm out and went into partnership with friend William Barnes. Noble sold his share in 1930, Barnes died in 1945. It was around then that B&N finally opened a few locations beyond the flagship, including Chicago and another in New York. The Barnes family sold it to a conglomerate corporation in the 1960s, and it was back to a single store when purchased in 1971 by Leonard Riggio. Riggio has run the company ever since, only now will he be ceding control.

The 1960s and 1970s saw the birth and rapid growth of several chain booksellers. Undoubtedly, names like Waldenbooks and B. Dalton will still be familiar. They spread across the country, often found in shopping malls, also once more popular than they are today. They were relatively small stores, frequently stuffed with books, reminiscent of the single-location private book stores they often replaced. Barnes & Noble bought one of them, B. Dalton, to provide its entry into nationwide book selling. Both B. Dalton and Waldenbooks finally succumbed to the changes in book selling and closed their doors at the beginning of this decade.

Barnes & Noble, however, was nothing like these smaller shops. Their stores were huge. They became meeting places. They opened cafes in their stores, where you could buy coffee and pastries. Some even provided live music in the evenings. Browsing, even reading, was encouraged in the stores. They provided soft, comfortable couches and chairs to facilitate reading. You could get away with reading a book there and never buying it, but more likely, you would start one, like it, and buy it to take home. A few others, notably Borders, developed chains also selling books in this new way.

And then came the internet. Not long after, along came Amazon. There was no coffee, no music, no socializing, no comfortable chairs. All there was was lower prices, substantially so. Barnes & Noble became their foil. People would still come to Barnes & Noble to browse the new books, read a little, socialize, and then go home and order the books they liked from Amazon because it was cheaper. B&N became Amazon's showroom.

The large gathering place bookstore became, if not obsolete, no longer as popular. In time, people became more accustomed to buying online sight unseen, without needing to check out the products personally in a store first. Traffic and sales declined. Borders, once running over 500 stores, closed down in 2011. Barnes & Noble soldiered on. It still does, but sales have continued to decline, stores have been closed. The stock price, once over $30 per share, hit an all-time low shortly before news of the buy out broke, $4.11. That price made the $6.50 shareholders will receive look like a great relief, rather than a huge disappointment.

Can Barnes & Noble be saved? Obviously, Elliott thinks traditional book stores can still be viable, and reportedly has made some progress with Waterstones. Then again, there was much fanfare in 2005 when Sears and K-Mart, one or the other America's largest retailer through most of the 20th century, combined. Now they fight to survive while losing enormous amounts of money. Hardly anyone believes their demise is anything other than inevitable. I hope B&N finds a way. I will miss it. I still like stores. My kids do not. They buy almost everything from Amazon or certain online specialty retailers. They don't like spending their limited available time traipsing around stores. They will be consumers for many more years now than I. They are the future. I wish Barnes & Noble well.