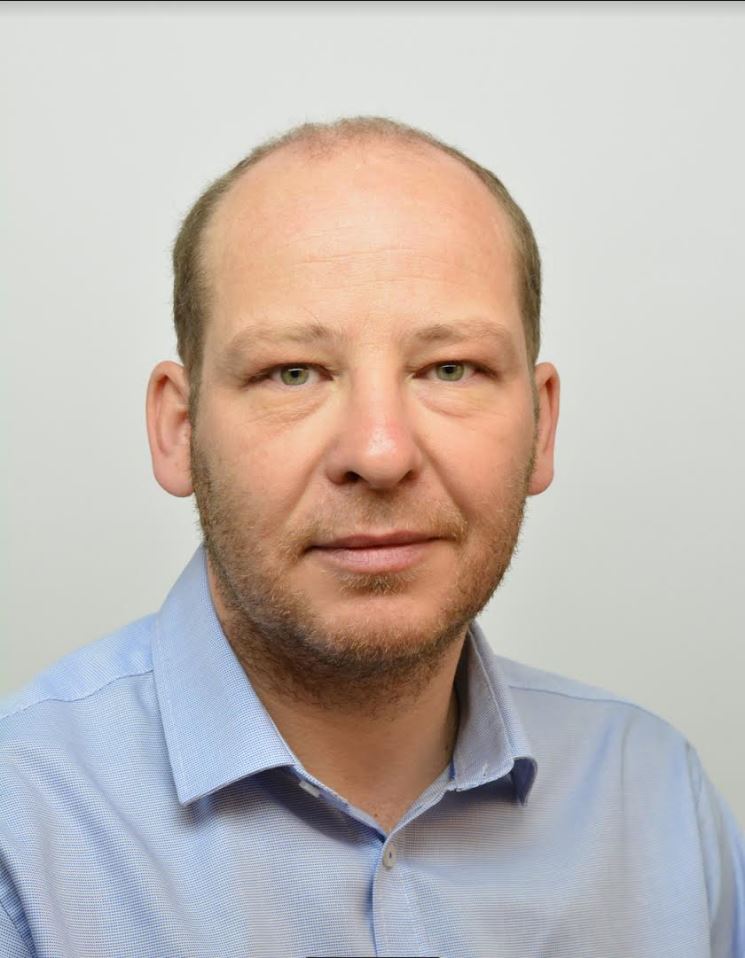 Last month, I heard the song of the mermaids! I followed it, and it took me to the Salon international du livre rare & de l’objet ancien (SILROA) in Paris, France. Hervé Valentin, President of the Syndicat National de la Librairie Ancienne et Moderne (SLAM), welcomed me on the shore of the most important book fair in the world—a garden of delights, indeed.

The SILROA takes place under the glass domes of the sumptuous Grand Palais, in Paris. This luxurious venue, located at the bottom of the Champs-Elysées, has now become the regular residence of this annual book fair. A cosy bourgeois atmosphere, neatly hair-dressed people and pretty girls smiling at you—and, unfortunately, at everyone else—, and Champagne for the press, everything there is but “luxe, calme et volupté.” This is the den of worldwide reputed booksellers, who sometimes appear to sell books in a parallel world, where money grows on trees! Yet, the new president of the SLAM, Hervé Valentin, claims that the SILROA is for all booksellers. The forewords of the catalogue of the event read: “Thanks to the pedagogic orientation of those who made it possible, this event intends to reduce the cultural gap that plagues our country. Everyone is thus entitled to attend, and everyone is welcome.” Although conscious that this fair is a mermaid’s song aiming at attracting new sailors to the shores of the old book business, Hervé Valentin insists that there should be no frontier between the so-called “big booksellers” and the “smaller ones”. “There are 230 members of the SLAM and only 100 of them are present here today. I want to make clear that they all belong here. Books-collecting concerns all types of books.” He probably knows what he’s talking about, since his personal love for books started with the popular Bibliothèque verte. “As a kid, I would steal my elder sisters’ copies to read the adventures of Fantomette.” Today, he supervises the biggest event linked to antiquarian books in the world.

The SILROA attracted 19,000 visitors over three days this year, with a record of 5,000 people for the inauguration. Of course, the part of the fair dedicated to antique artifacts helped, but in comparison, the New York fair only attracts 4 to 8,000 visitors, and it’s the second biggest fair in the world. This year, 181 booksellers attended the SILROA, paying $5,600 for a regular booth—there are more spacious, and consequently more expensive ones. The good news is that Paris has become attractive again. “We only had 20 foreign booksellers last year, we have 55 this year. We note that the Americans are back, which is great news! None was present the past two years.” Among them were Thomas A. Goldwasser Rare Books (CA), Ben Kimont Bookseller (CA), Rabelais (ME), and Ursus Books (NY). There were also booksellers from the Netherlands, Japan and Denmark. Does it mean that the market is doing well? “Well, although new clients are hard to find, I’d say yes—but it depends on which type of books. We know that teachers or researchers do not really buy old books any more, as they now have free access to online resources,” Hervé Valentin says. “Less and less people are reading Latin or Greek; consequently, books in those languages are getting hard to sell. Travel books, after a period of euphoria due to some American and Japanese institutions creating their funds in the 90s up to the early 2000s, are now less sought-after; so are history books.”

What is, then, the golden seam? “Literature remains a sure value, as well as illustrated vanguard books, which are usually pushed by young booksellers with a new approach.” So, do books represent a good investment in 2019? “People who buy books do not really invest in them. I mean—they are aware of the value of what they buy, and many of them worry about what their collection will become when they pass away, but when you buy let’s say a million dollar book, you could invest in real estate instead—that would be more lucrative. People who choose to buy books truly love them—and investment is not really on their mind.”

Whosoever these people are, they had the choice at the Grand Palais: “This year, half a dozen books are offered for sale for over $565,000,” Hervé Valentin confirmed. Among them was an exceptional book of hours from the 16th century, made for Anne de Momontrency, and adorned with full-page paintings (Bibermühle—$1,100,000). There was also a copy of the first 1818 edition of Mary Shelley’s Frankenstein (Librairie Encrivore & Bouquinerie Aurore), or an incredible collection of photographs taken by Felice Beato in Japan in the late 19th century (Le Feu Follet—$90,500). “These books of exception are a formidable powerhouse, but I’ve just sold a copy of the first title in the cheap Livre de Poche series,” Hervé Valentin, who also runs the Walden bookshop—a tribute to Thoreau—, giggled. Did it go for $1,000,000? He laughed: “Take off five zeros, and you’re getting closer to the actual price. What I mean is that we do not focus exclusively on exceptional books. We also have a collective stand dedicated to the neophytes, where each bookseller leaves 4 or 5 books at less than $170—it’s very popular. We also have conferences open to everyone, and various workshops of binding, gilding etc. Plus, the book that the bookseller refuses, might become the head corner stone.” Indeed, the extremely rare first edition of Frankenstein was printed on cheap paper, and summarily bound in half calf in 1818—it was then considered as a secondary work. Although rebacked, the copy offered at the SILROA was sold for the “monster” price of $90,000.

The Garden of Delights

Except the very first one I approached, who repelled me with a dry “no” when asked if she would like to show me any particular book of hers, all “mermaids” were welcoming, and keen to talk about the wonders they had in store; passion could be heard in their voices as they did—and, Lord! They could sing!

Sybille Pandolfi from Le Feu Follet (Paris), showed me the 99 original photographs of Felice Beato, which he took in Japan in the 1860s: “He arrived there at the invitation of his friend Charles Wirgman, journalist for the Illustrated London News. He was one of the first to enter this then unknown world! These photographs are so modern—a lot of them were taken directly in the streets, which was quite uncommon at the time.” Printed on albumen paper and water-coloured by hand, they represent tattooed Samurais in armours, women massaged while smoking opium, and incredible scenes of ordinary life. This is a unique testimony, as Japan had just engaged on the Western path of development—thus these pictures do not only show a yet unknown society, they also captured its sunset. Sybille Pandolfi’s emotion was palpable: “For decades, they were the only images known to Westerners.” Although bound in a contemporary binding, this is not exactly a “book” as it is a unique copy, compiled by some unknown admirer, with captions in English facing each picture, written by James W. Murray, “assistant Commissioner General in Yokohama.”

There was a very dark Dance of Death engraved by Jean Jacob Ridlinger in the early part of the 18th century, showing a skull and crossed bones overlooking some people dancing with skeletons while Death takes away various people in surrounding vignettes. In the top left corner, Adam and Eve give birth to death, while Jesus Christ defeats death in the background by, well—dying; God moves in a mysterious way. Although restored and pasted on thicker paper at some point, it was offered for $5,000. The bubbling female bookseller handed me her business card: “Easy to remember, isn’t it? My name is Anne Lamort.” Lamort means Death in French. Even easier as she is a highly respected bookseller. She shrugged: “Yeah, I was a member of the board of the SLAM, which means nothing.” Well, she is also the Dean of the Société des bibliophiles en France, founded by Charles de Pixerécourt in 1820—which means she knows a few things about books! “This is for Rare Book Hub?” she asked joyfully. “Then you should probably look at these miniatures—Americans love miniatures, don’t they?” She showed me a nice set of 40 small volumes: “The complete works of Shakespeare from the 19th century,” she said. “This is just for fun, you’d get blind trying to read it!” Books not made for reading? Vanitas, vanitatum... as Ridlinger would say.

The King of hours

Bibermühle’s booth was very impressive. In a short video published on social media, the owner declares that he currently owns 98% of all books of hours available worldwide. One thing is for sure, his collection will make you dizzy. The colours of the hand-painted religious scenes displayed are so bright, you’d think they are reproductions. But they are not. Jesus bleeding while visiting naked people in purgatory, some devilish creatures tormenting a Saint, or a naked woman bathing in a fountain are images taken from the fairy tale of mankind. That’s where you could look at a $1,100,000 book. I heard the seller talking to an old woman about another gorgeous book: “It features more than 100 hand-painted vignettes,” he said in a very casual tone. “And each and every single page is illuminated. The price? $1,000,000.” You can get a 100 square meters apartment in Paris for that price. But who cares about an apartment when they can buy a book of hours?