Garry Austin: Gone to his reward 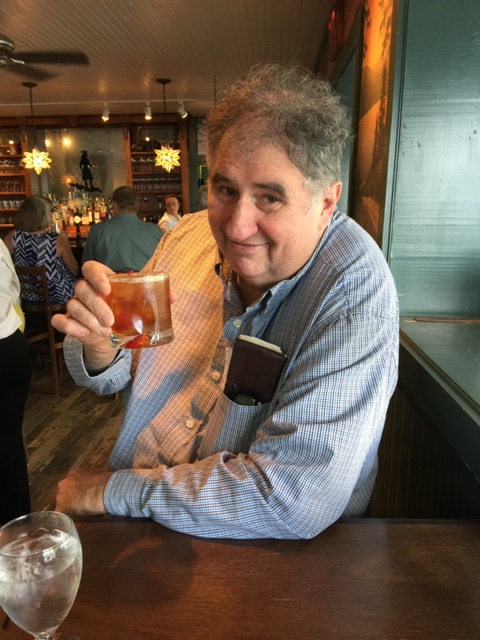 Wilmington, Vermont.  Garry Austin, a member of the ABAA, cashed in his chips on Sunday 14 April after a difficult struggle with one condition and then another that began with the need for hip surgeries years ago and transformed into other conditions, they each more serious than the last.  After suffering brain trauma in September, for 8 months of the past year he was bedridden, but aware of the many friends that came to visit him. Unfortunately the damage made it impossible for him to speak, write or read. For him, the crossing came at 71.

Garry was a gifted conversationalist and raconteur, a character, much loved by his friends.  He was a bookman and in his salad days an athlete who later converted the energy he first put into lacrosse, into fly-fishing.  In his prime he and his wife, Karen, would have 3 stores, specialize in Americana and Theodore Roosevelt, a personal passion and promote several annual book fairs including The Vermont Summer Fair for the Vermont Antiquarian Booksellers Association, and the Albany Book and Paper Fair.  Toward the end his many friends consolidated his inventory from a store on Main Street in Wilmington to his home a mile up the road.

The stores, no matter how many, were never quite enough and so he was also an active player on the book fair circuit.  For months at a time he’d be out on the road.  More often than not they were of the shorter, smaller variety that over the years, became more akin to reunions than selling extravaganzas but they were always opportunities to buy, also fun and there he could hold a crowd in thrall.

He had an exceptional memory, a smile that warmed and a congenial manner.  Some people, in life, make enemies.  He was of the other type, he made friends, hundreds of them.  His good friend, John Townsend, and he would do the shows, particularly after he joined the ABAA 17 years ago, attend auctions, and then find a place, with drink in hand, to talk, regale and relax.

In between his marriage, life, shops and shows he would, in the company of another good friend, David Bergman, visit the stadiums, such as they were, of east coast minor league baseball teams.  He was a fan and this one of his summer rituals, one that brought him on occasion to Toledo for the Mud Hens, Fort Wayne for the Wizards, Myrtle Beach for the Pelicans and Batavia for the Muck Dogs; they altogether, a few of the many teams he followed.  It was telling for such places speak to those infused with memories of long forgotten players and places.  He had that connection of action and place.  It was a gift.

In moving on, there will be bills to be paid.  John Townsend has organized an effort to replenish the coffers for, while Garry has departed, the bills will, for some time, continue to arrive.  So it is said of the many, but rarely so true, he will be missed.

In lieu of flowers, gifts to help pay expenses can be sent to:

Or on line, contribute to Fundrazr: