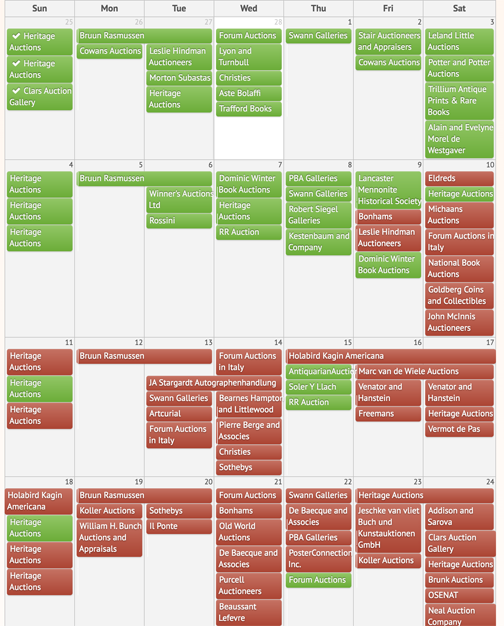 Until a few years ago a book collector could expect the New York ABAA Book Fair to draw the cognoscenti from around the world in early April.  Well, that was then and this is now and the ABAA’s New York Fair is now a March event to accommodate scheduling conflicts.

Since that change took effect the auction houses in the New York area have slowly recalibrated their calendars to reflect the large and unique audience the show attracts.  This year about twenty auctions are scheduled, some to take place in New York and others to be beamed in.

Here are the auctions in books, manuscripts, maps and ephemera in the New York area currently scheduled in March.  Most houses will provide opportunities to examine upcoming material.