British Librarian Steals Books, Burns Them to Cover Up the Crime 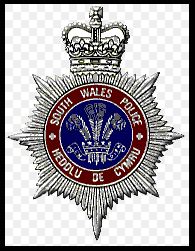 A British librarian has been sentenced to 6 months in jail for stealing books from her library, and another two months for burning some of them to hide the crime. That latter crime is even worse, though fortunately, most of the books were not of substantial value. She was selling them on eBay, according to her attorney, to pay off debts. Once the librarian realized she was under suspicion, she burned some of the books and dropped them in a recycling bin in an attempt to disguise the theft. The police found the remains.

Elizabeth Macregor, 57, of Hiwaun, Rhondda Cynon Taf, stole from the Pontypridd Library. She was sentenced at Merthyr Tydfil Crown Court. For those saying, "huh, this is Britain?", the answer is yes. It is in South Wales. Welsh can look a bit odd to those unfamiliar with the language.

Fellow staff at the library became suspicious when they noticed books were disappearing. When police searched her home, they discovered several hundred missing books on her shelves, along with those in the recycling bin. Ms. Macregor testified that she had purchased the books from various libraries' excess stock, but neither the judge nor jury believed her. Judge Richard Twomlow described her explanation as a "catalogue of lies." He noted that some of the books were of historic and cultural significance, though generally not of much monetary value.

The most notable one was Aberfan: The Disaster and its Aftermath. Ms. Macregor had put this one up on eBay for £400 (about $550 U.S. dollars). It is an account of a terrible mining disaster in the nearby Welsh town of Aberfan in 1966. Rocks and other debris dug up during the mining of coal was piled high along the side of the mountain. One day, after some torrential rains, the enormous pile began sliding down the mountainside, picking up speed and burying some homes under almost 40 feet of waterlogged tailings. Two nearby schools weren't totally buried, but the classrooms were inundated with tons of mud. Twenty-eight adults and 116 children lost their lives. The story still resonates in the community from which the book was stolen.

Macregor's attorney described her as a lonely lady, suffering from physical and mental issues along with debt. She feared losing her home, her attorney said. The Judge, on the other hand, said she acted in a calculating way, and the prosecutor said that her breach of trust was twofold, as it affected both her employer and the community.