Auction Prices for Books and Paper Dipped by 1% in 2017 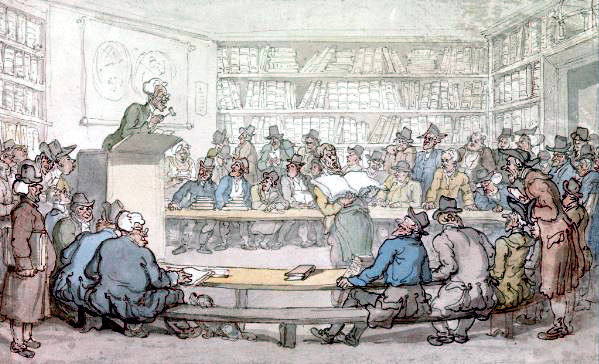 Prices at auction for lots in the books and paper field took a modest dip in 2017. The median price slipped from $270 to $267, or 1.1%. It nearly wiped out last year's almost as modest 1.5% increase. On the other hand, the average price dropped more sharply, from $2,011 to $1,859, but this is not a very meaningful figure. It takes only one or two books at several millions to greatly skew the average price, and 2017 was a year without any blockbuster sales.

Again following form, the highest median prices were achieved at the various branches of Sotheby's and Christie's. Highest overall, at an even $10,000, was the New York branch of Sotheby's. However, if prices at that level are a bit rich for the average buyer, there were 11 auction houses that offered more than 1,000 lots where the median was under $100. For the lowest of the low, check out the sales at the Lancaster Mennonite Historical Society. They won't break your budget, with a median of $12. In other words, half of their sold items went for less than $12. 98% sold for under $100. As for volume of lots sold, the runaway leader is Heritage Auctions' Dallas location. They sold 92,718 lots. The distant runner up was Kiefer Buch of Germany with 10,459.

Last month, we reported on the top 500 most expensive lots sold at auction in 2017. That report can be found by clicking here.