A Dr. Seuss Museum Opens in His Hometown 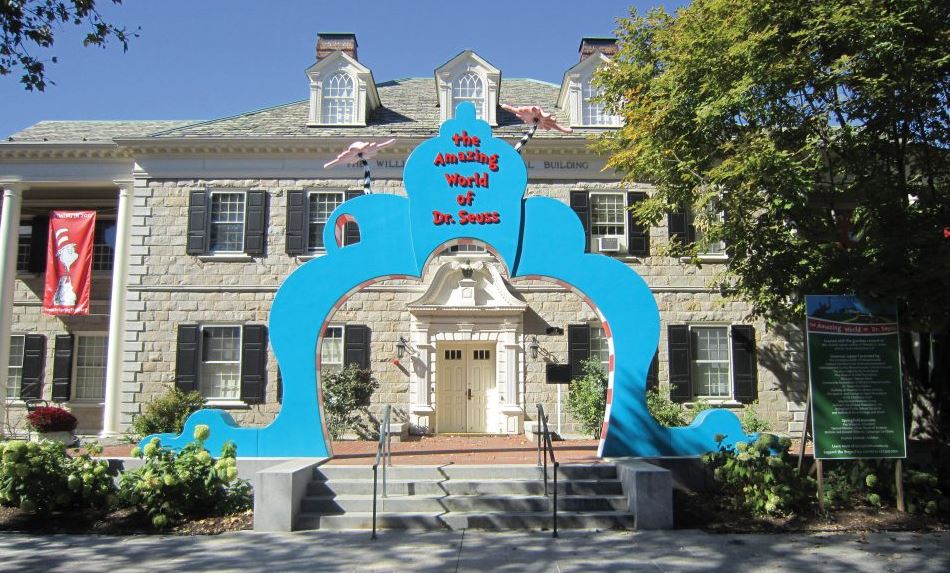 It isn't a medical museum, but a museum has just opened in Springfield, Massachusetts to celebrate the life of America's foremost "doctor." Rather than a physician, Theodor Geisel was an author, and if his actual name is not familiar to you, his pen name, Dr. Seuss, certainly is. It opened on June 3, and according to the museum, 3,000 people showed up, many of whom had to be turned away for another day. Only 1,800 tickets were available.

The museum is mostly focused on Seuss' career as a children's book writer, with the first floor devoted to exhibits and activities designed to appeal to the young. However, the good doctor had a career before the one for which he is remembered. He was born and raised in Springfield, hence the museum's location. He graduated from Dartmouth, and attended Oxford, seeking a doctorate in literature. However, he returned home in 1927, and instead, put his unique drawing talents to work. He provided illustrations for magazines, and then advertisements. While his advertising characters were not the same ones used in his children's books, they certainly had the distinctive whimsical characteristics of Seuss' later children's book illustrations.

In 1937, Seuss (his mother's maiden name) wrote his first children's book, And to Think that I Saw It on Mulberry Street. He wrote a few more children's titles over the next few years, but then the war intervened. He focused his art on political cartoons, posters to support the war effort, and films for the Army during this period. It left behind the most controversial part of his legacy (more on this later). After the war, Seuss returned to writing children's books. In 1954, after a Life Magazine article on children's illiteracy, his publisher challenged him to write a book that younger children could not only read, but would actually want to. If you ever endured a Dick and Jane book, you will understand the need for that challenge. The result was The Cat in the Hat, probably his most famous title.

Seuss continued writing books for children in the years ahead, though he never had children himself. He was happy to entertain other people's children, and not have to entertain any of his own. He was quite content with that. Theodor "Dr. Seuss" Geisel died in 1991 at the age of 87.

The first floor of The Amazing World of Dr. Seuss is devoted to the children. It provides images of favorite Seuss characters with interactive activities. You will meet such characters as Horton the Elephant, Thing 1 and Thing 2, and the stack of turtles from Yertle the Turtle. Ted Geisel's boyhood home has been partly recreated. There is his bedroom, and his grandparents' bakery and brewery. There is Fairfield Street, where Geisel grew up, and Mulberry Street, another actual street in Springfield.

Upstairs, there are mementos of his adult life in La Jolla, California. It has furniture and knick knacks from his studio and his home, including his drawing board, oil paintings, breakfast table, sofa, armchair, and furniture from his studio and waiting room. There is even a collection of his funny hats and over 100 bow ties. The personal items were given to the museum by Seuss' 95-year-old second wife, and his two stepdaughters, who have been very supportive of the project.

What is missing, and led to some controversy in stories about the grand opening, is his wartime material. This is deliberate, the museum being focused on his children's works. Geisel was a humanitarian, progressive person for his time. He was very pro-American during the war, and strongly favored America's joining up with its western allies before America entered the war. Though ethnically German, he was a vehement critic of the Nazis, Charles Lindbergh, and the isolationist America First movement. He was sympathetic to the plight of Jews and blacks. Where all of this becomes more controversial is in his attitude at the time to the Japanese.

Here we really need to understand his times before becoming too critical of Geisel. Few in America were very sympathetic to the Japanese after Pearl Harbor, and sadly, that included attitudes toward Japanese-American citizens. After all, we did place them in internment camps. Geisel's cartoons were at times stereotypically racist in the way they depicted the Japanese, and he didn't much differentiate between the Japanese and Japanese Americans. Then again, how many Americans did at that time?

Washington owned slaves, Lincoln was willing to guarantee the survival of slavery in the South prior to the beginning of the Civil War. For their shortcomings in hindsight, they were still well ahead of their times in their times. The same can be said of Geisel/Seuss, whose views toward the Japanese slowly evolved after the war. His 1954 book, Horton Hears a Who!, whose message is brotherhood of all, was written after a visit to Japan and is dedicated to a Japanese friend. Dr. Seuss wasn't perfect, but he was a very good man who brought unparalleled joy to generations of children past, and will continue that gift to generations of children in the future. If you're in the vicinity of Springfield, drop by his "home."