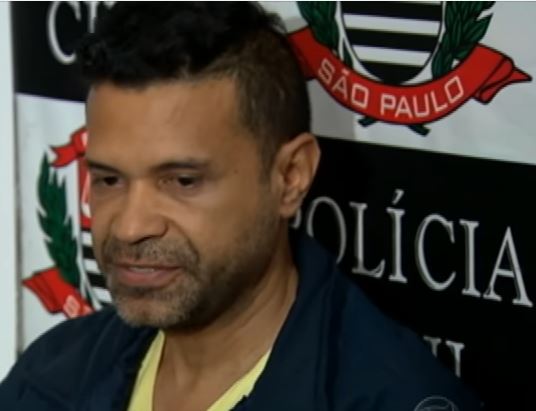 In October 2016, Laéssio Rodrigues de Oliveira and another man were arrested in Sao Paulo, Brazil, on suspicion of theft of and receiving rare books. They were suspected of taking a few books from the University of Sao Paulo. Security cameras caught them in the act.

This was nothing new for Rodrigues. A former library science student, he employed his knowledge to determine which books were most valuable to steal, and how best to accomplish the mission. He had been convicted at least three times before and arrested several more times on charges of stealing rare books (and comic books), dating back at least to 2004. Some in Brazil say the country doesn't treat rare book theft as seriously as it should, and Rodrigues is certainly an ideal example for one wishing to make that argument.

When Rodrigues and his partner were arrested, police found they also had five books on them that did not come from the University of Sao Paulo. Rather, they belonged to the University of Rio de Janeiro. This was not a big deal, and barely made news, even locally, at the time. Six months later, authorities announced the theft was far greater than anyone imagined. Indeed, it has been called the greatest theft of rare books in Brazilian history. Rather than five rare books, the count is now at 303. Another 120 stolen books are described as antiquarian (perhaps not so rare). An appraiser has estimated 27 of them are in the $100,000-$150,000 value range.

The reason Rodrigues was able to get away with the Rio theft so long is that the university library has been under reconstruction. Shelves of books were placed under black plastic to protect them. Obviously, the plastic protected Rodrigues from view too. There were no videos displaying his activity. Were it not for police discovering the Rio books after searching his house as a result of the small Sao Paulo theft, he might well have gotten away with it.

A spokesman for the police said, "The thief knew what to steal, he did not take it at random." His library science education came in handy. Among the books taken was a 16-volume Sermões de Padre Antônio Vieira (Sermons of Father Antonio Vieira) from 1610. Almost the entire Brasiliana collection, consisting of works by European travelers from the 17th - 19th centuries, was taken. A book on an 1850's expedition to South America by naturalist Francis de Castelnau, with hundreds of hand-painted lithographs, was stolen. The same happened to a study by German ethnographer Thomas Koch-Grumberg, with 141 photographs of Amazon Indians taken at the beginning of the 20th century.

The reason Rodrigues preferred books with lithographs and other images was particularly insidious. He has a history of carving up the books to sell the images separately, sometimes discarding the remainder of the book. Police indicated that in his history of thefts, only about 40% of what Rodrigues stole was ever recovered.

The theft has led to one other controversy. An independent film maker plans to portray Rodrigues' life in a film entitled Confessions of a Book Thief. If that's not bad enough, the National Cinema Agency has provided a grant of around $250,000 to produce the film. Brazilian librarians have expressed their displeasure at portraying this man's life on film. The film maker has said it will not glorify him, but librarians are understandably concerned that this will be the inevitable result of such a film.