AbeBooks Lists Its Top 10 Most Expensive Sales for 2016 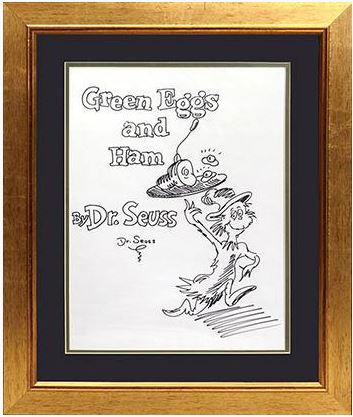 Sam I Am, serving up green eggs and ham.

For many, the AbeBooks' website is a great place to buy used books for a low price. Students and casual readers have made the most of their bargains for twenty years. But then, there is a rarefied group, the serious collector. They inhabit AbeBooks too. At the top of this group, you need to have a five figure credit line on your charge card, and a willingness to use it. Here is the cream of the crop. These are the Top 10 highest prices paid on AbeBooks for 2016.

3. Great Expectations, by Charles Dickens (1861). The personal copy of children's poet Eugene Field. Came with a letter from Rev. Chauncy Hare Townshend, to whom the book was dedicated. $25,000.