A Conviction and Life Sentence for Bookseller's Killer 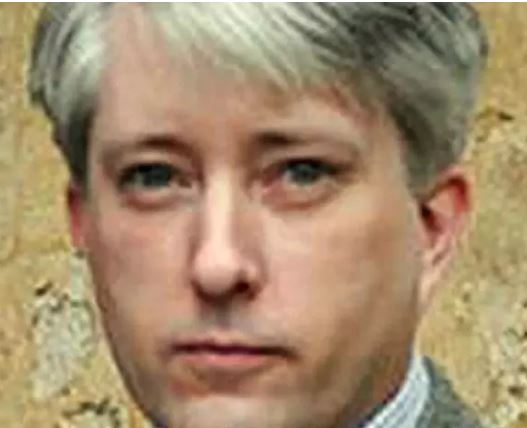 Michael Danaher, a 50-year-old unemployed man from Peterborough, UK, has been convicted of the murder of Oxford bookseller Adrian Greenwood, 42. After a three-week trial, it took the jury less than three hours to reach a guilty verdict. Danaher was sentenced to life in prison, which means he must serve a minimum of 34 years.

The tale as told by the prosecution was grisly, to say the least. Greenwood suffered 33 stab wounds, one very deep, others superficial punctures which a pathologist described as consistent with someone being tortured for information. He also had been beaten with blunt force and stamped on. "It takes a certain sort of person to have done what the defendant did to Adrian Greenwood," the prosecutor remarked. Danaher had only superficial scratches, including one on the cheek for which he stopped long enough to take a "selfie."

Danaher had lost his job after a dispute with his boss. He survived by selling low-priced items on eBay. It was at an auction where he bought such items that Danaher met Greenwood. The two conversed, became friendly, and Danaher later bought some low-priced books from Greenwood.

The prosecution centered around damning evidence found on Danaher's computer and cell phone. Police found what was described as a "hit list" on his computer. It contained the names of several people of means, including Greenwood and model Kate Moss. There was also a Conservative MP and several party donors, described as "Tory" or "scum Tory." Danaher held his share of resentments for those of wealth. Next to Greenwood's name, Danaher wrote, "Expected take: rare books," "reason: tosser," and "modus: Any!!"

Internet searches on Danaher's computer were equally revealing. He had searched for information on owning rifles, how to buy samurai swords, opening locks without keys, "the technique of silent killing," "Hacking for Profit," "rare books Oxford," and "Wind in the Willows." Danaher stole Greenwood's copy of Wind in the Willows, which Greenwood had listed for £50,000 (around $75,000 in U.S. currency at the time). He also searched the names of various other wealthy people, including Simon Cowell.

There was similarly unfavorable evidence on his cell phone. It showed that he had driven to the home of wealthy businessman Adrian Beecroft. A man disguised as a delivery driver had attempted to force his way into Beecroft's home but fled when his wife screamed.

Danaher attempted to explain all of this as being the work of a large, but otherwise unnamed man who had stayed with Danaher and terrorized him. He said the man was given access to Danaher's computer and cell phone, and allowed to borrow his car. The man warned him, claimed Danaher, of terrible "consequences" if he named him. Danaher also claimed such threats were made to him while he was in prison awaiting trial. Obviously, the jury did not believe a word of this.

As for what happened in Greenwood's home the day of the killing, Danaher claimed he went there to discuss books. Greenwood, he said, for some unknown reason, suddenly attacked him with a knife. Danaher said he killed him in self-defense. The need for 33 stabbings, a beating and stomping if this was self-defense, is hard to understand, and evidently was hard for the jury to understand as well. It was cited that Greenwood could have a temper, and perhaps that partly explains why he became the victim of such a brutal murder, but the evidence overwhelmingly pointed to Danaher as the guilty party, a conclusion the jury had little difficulty reaching.