Dirt from a Dirt Bag 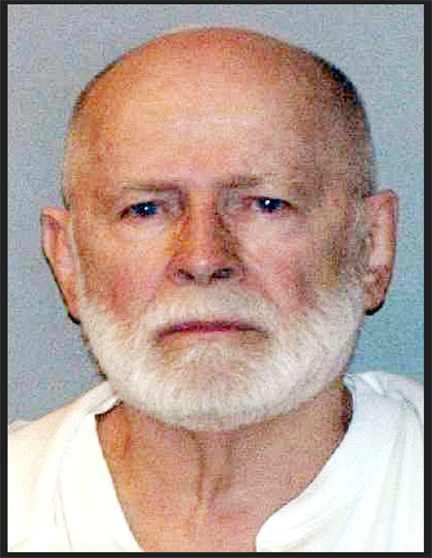 One more for the collectors of famous cases.

Whitey Bulger is still committing crimes but buyers of his memorabilia will have the last laugh.  Whitey Bulger, the Boston criminal, now spends his days confined to prison in Sumterville, Florida.  He was captured in 2013 and some of his possessions recently sold at auction to raise funds for restitution.  Lots of luck with that.  Nothing short of the Hope Diamond or a Gutenberg Bible would raise enough to satisfy all parties.  So the total, a little more than $109,000, is more about satisfying a voyeur public than it is about raising money for victims and their families.  It turns out Whitey had no taste and who can be surprised?

The value of the material was in its “association,” the material otherwise non-descript.  Included among his possessions were books for which some enterprising bibliographical type will now create a bookplate no doubt featuring a suicide queen.  Books about crimes are appealing to a certain type.  Objects owned by murderers it turns out have a following.

In 1967 the movie Bonnie & Clyde humanized Bonnie Parker and Clyde Barrow and later went on to become an American movie classic.  In 2012 weapons used during their crime spree in the early 1930s brought serious money at RR Auction in Amherst, New Hampshire.  The public likes “famous” even when the word begins with an “in.”  Mr. Bulger himself has not been without cinematic support.  He has been the subject of two movies, The Departed with Jack Nicholson and Black Mass with Johnny Depp.  Matt Damon and Ben Affleck also pursued a movie project on the same theme but seem to have been overcome with a surfeit of decorum and common sense.  On TV these days it’s increasingly common to avoid all mention of a murderer’s name but perhaps Mr. Bulger was simply too small time to warrant that treatment.  After all, although he was alleged to have killed many others, he was only convicted of killing one woman and ten men.

He was eventually convicted and hardly had a get-out-of-jail free card although he did seem to know how to get his terms reduced.   Sentenced to 25 years in Federal prison, he served only nine in Atlanta, Alcatraz and Leavenworth.  It apparently pays to know important people in high places.

Notorious is probably the right term to describe him.   Another term would be “piece of crap.”

Crime apparently does pay and I think will pay out nicely a second time for whoever bought the Bulger books.  With an appropriate bookplate every collector in the macabre category will need one of the books for completeness.

Mr. Bulger, today confined, now waits for his age and IQ to converge.  His moral compass never freely spun.  Life, it turns out, has treated him better than he deserves.