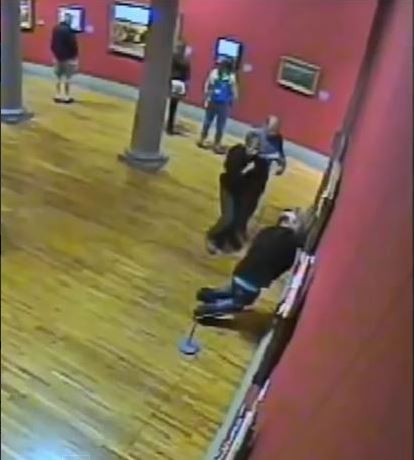 A 51-year-old Irish man has been convicted of possessing 67 stolen books, taken from an ancient estate in Kildare. Andrew Shannon is a man with a checkered past. He is the type of person the word "incorrigible" was invented to describe. He has reportedly been convicted dozens of times over the years on charges relating to stolen merchandise, generally antiques and various old and collectible items. In 2011, he was convicted of handling stolen maps dating back to 1651.

This conviction covered 67 books taken prior to 2007 from Carton House, an old estate once home to the FitzGerald family. The estate was purchased by a company in 1977, and at one point, the company owner's son was called in to pack up the books in the library. A restoration was planned. He photographed each one. When the books were unpacked in 2007, he discovered that 67 of them were gone. The police were contacted.

The books were later found in Mr. Shannon's home. They were identified from the photographs and the FitzGerald family crest on the spines and inside covers of many of them. The most notable was a 1660 edition of the King James Bible, one of only six copies known to exist. The estate's representative testified that they never sold or loaned any of the books from the FitzGerald library. Shannon denied stealing them, or knowing they were stolen.

Mr. Shannon claimed that he bought the books for a small amount at a fair. He said he did not believe they were of significant value, pointing out that he never sold them. Nor did he read them, Shannon not being a reader. He said he bought them because they looked nice, and he used them to decorate his home. The jury was unconvinced and convicted him.

Perhaps his history made Shannon's defense dubious to the jury. He had been convicted of stealing artifacts from six English castles and estates a few years earlier. He was caught while sneaking around the yard of one of them. At the time, Shannon explained he was merely trying to find a bathroom, but that did not adequately explain why he had some of the estate's property tucked under his coat. Neither did it explain why he had the six estates' locations entered into his GPS system, each one of which reported property missing.

Still, it is not these crimes for which Andrew Shannon is best known in his native land. One would think that someone involved in stealing would try to keep a low profile, draw as little attention to himself as possible. Evidently, he did not feel that way, and was convicted a couple of years ago for a crime that is hard to explain.

On June 29, 2012, Shannon walked into the National Gallery of Ireland in Dublin. His every move was captured by an array of security cameras placed in every room. Shannon walked over to a Monet painting that was on display. He looked at it, left, and returned a short time later. Suddenly, he lunged forward, his fist striking the painting with sufficient force to set off alarms across the room. The point of contact was above his eye level. The Monet, valued at over $10 million, was left with a large tear near the center.

Shannon had an explanation that time too. He suffers from a heart condition, and claimed he had a fainting spell, that somehow made his arm reach up in the air and pound a gaping hole into the painting before he crumpled to the ground, complaining about his heart. Fortunately, the spell was short-lived as a paramedic who checked his vital signs found nothing wrong. Nor was Shannon down on the ground for long, recovering surprisingly quickly. An aspirin and he was as good as new.

Witnesses testified that Shannon struck the painting with a blow that looked deliberate, and the surveillance video could certainly be interpreted that way. His physician testified that Shannon later underwent quadruple bypass surgery, but also acknowledged that only 1% of patients with the condition suffer from dizzy spells, and those that do would be unlikely to get up again so quickly. It also was probably not helpful to his case that he was carrying a can of paint stripper into a museum filled with paintings. Shannon explained he had it because he restores furniture.

Amazingly, the first trial ended in a hung jury. The second jury perhaps had more common sense. Shannon was convicted of damaging the painting and sentenced to six years in prison. Now, he may well get a few more.