Amazon and Hachette Agree to Bury the Hachet... But Who Won? 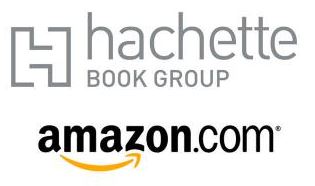 Amazon and book publisher Hachette have come to an agreement that has been welcomed by authors, and, at least on the surface, by the two parties. Amazon has been engaged in a long-running power struggle with publishers, and if this represents a truce, it seems hard to imagine that the hostilities are truly over. It is more likely a respite for some amount of time while the parties continue to jockey for position until the next battle comes around.

The war started several years ago when Amazon started offering major discounts on electronic books, still a relatively new product. They were willing to accept little profit, sometimes even losses, in order to dominate the business. Amazon has long been more interested in market share and controlling businesses than making money now. The publishers were unhappy. Cheap ebooks, they believed, were a threat to their more lucrative printed book business. They did not want to see Amazon selling these so cheaply.

The publishers so hated cheap ebooks that the government accused them of conspiring together to fix prices. The government's claim was that five of them agreed to change their pricing method from a fixed wholesale price, to a fixed retail price, with retailers getting a 30% commission. In other words, Amazon was no longer permitted to discount their prices. It is legal for a publisher to so set retail prices, but it is illegal for them to do so as part of a joint decision. That is price fixing. The publishers settled with the government, and agreed not to consult each other in the future on pricing.

That temporarily reset the publishers' pricing terms as they were before, but since then, some have individually established “agency” pricing – setting the retail price below which retailers cannot sell their books. Amazon retaliated. In Hachette's case, they slowed down sales of their lucrative paper books. They continued to sell them on their website, but did not stock Hachette's titles. The result was long delays, often several weeks to ship orders for Hachette books, while Amazon placed an order with Hachette and then waited to receive it from the publisher. Additionally, Amazon refused to take pre-orders for Hachette books. It is estimated around 25% of books are sold on pre-orders for new titles. Additionally, these pre-orders are essential to appearing on bestseller lists, which in turn is essential for popularity and continuing sales. Hachette, and Hachette's authors, were feeling the pain.

No more. Amazon and Hachette have reached an agreement. Hachette titles have been restored to normal treatment on Amazon. So who won? That is not clear, though some believe it was Hachette. For starters, the terms of the agreement were not released. All we can do is speculate about what it contains based on a few brief comments. What we do know is that Hachette achieved its major objective – the right to set retail pricing. Amazon will not be able to discount at will, selling for less than its competitors can afford, thereby crushing the competition. This we know from Hachette's statement: “It [the agreement] gives us full responsibility for the consumer prices of our ebooks. This approach, known as the Agency model, protects the value of our authors’ content...”

The only hint of Amazon's side comes from this short statement by one of their officers in a joint press release with Hachette: “We are pleased with this new agreement as it includes specific financial incentives for Hachette to deliver lower prices, which we believe will be a great win for readers and authors alike.” What this may mean is that Amazon will pay a higher percentage of the retail price if Hachette agrees to lower retail prices. The idea is to give Hachette more money for lowering retail, a temptation they may not be able to resist, particularly if other publishers reduce their retail prices.

On the surface this looks like a win for Hachette. They get what they want – higher retail prices. Amazon only gets the right to try to convince Hachette to lower retail prices by giving them more money. Sounds fairly one-sided.

But... why would Amazon agree to a deal that favors Hachette when they were causing more pain to Hachette than Hachette was inflicting on Amazon? Perhaps Amazon fears that the publishers will repeat what they allegedly did as a group, only this time individually. When one publisher attempted to institute “agency” pricing, Amazon shut them out, forcing the publisher to cry “uncle.” However, when the publishers acted in concert, shutting them all out would have too greatly reduced the number of books Amazon could sell. Readers would have turned elsewhere for their books. Amazon had to back down. Now, if the publishers all individually decide to demand the right to set retail prices (wink wink), Amazon could lose book sales to competitors. Worse yet, it could crush Amazon's dominance of today's book trade.

Still, even if it is true that Amazon lost this round, they remain an enormous force. Estimates are that they sell 40% of all new books and 65% of ebooks (according to USA Today). That is a lot of leverage. If the balance of power shifts their way, they are not reluctant to use it. While they may no longer be able to discount the competition out of business, it may be too late to stop the juggernaut. Too many people just go to Amazon for their books. Additionally, they can offer such bonuses as free shipping, or perhaps deals on other products when purchased with books. They have enormous size and power, and given time, will figure out how to make the most of it.