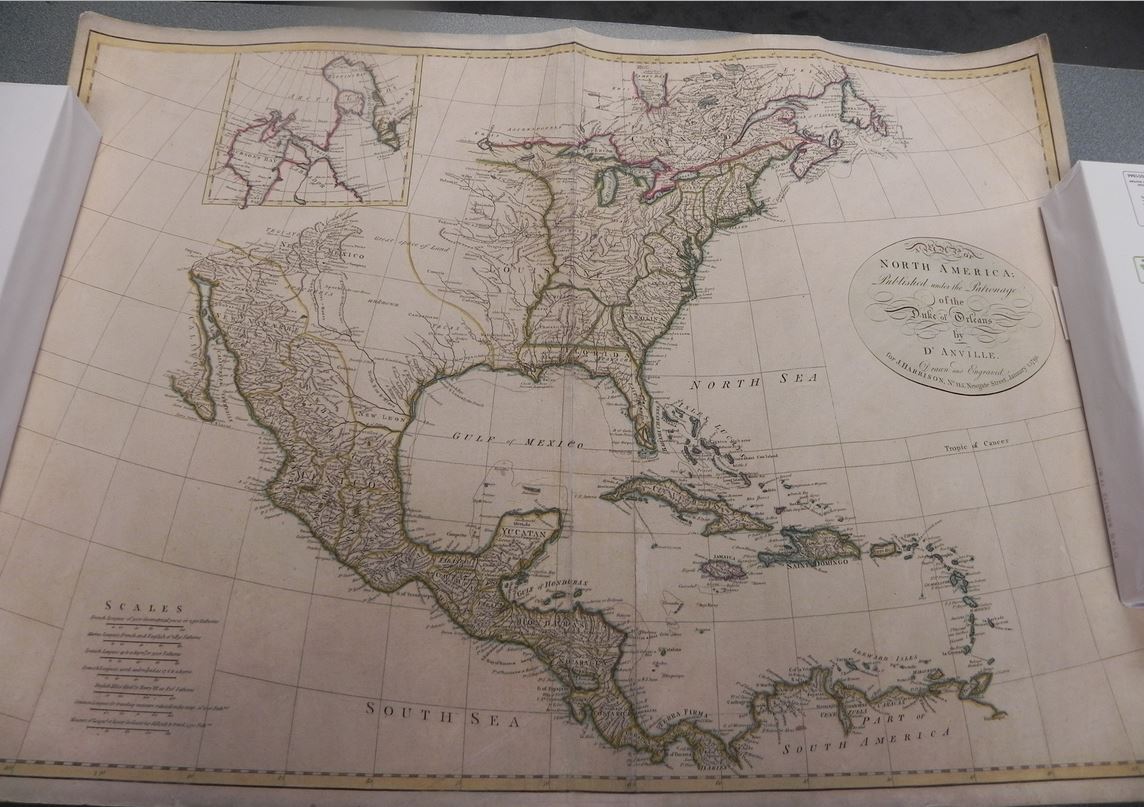 The FBI (U.S. Federal Bureau of Investigation) is still looking for the owners of 28 maps and books stolen by map seller E. Forbes Smiley sometime before 2006. Smiley was the major Martha's Vineyard based map dealer whose years of stealing came to light when he accidentally dropped a blade from an X-Acto knife on the floor of the Beinecke Library at Yale University in the summer of 2005. Smiley had been using the knife to excise maps from rare books, which he would sneak out of the library and put on his shelves for sale. An employee of the library discovered the suspicious blade, checked on who was visiting the rare book collection, and found it was Smiley. When confronted by an officer as he left the library, several stolen maps were found in his possession.

The evidence was overwhelming, leading Smiley to plead guilty. As part of the plea bargain, Smiley agreed to cooperate fully, revealing what maps he had stolen and to whom they belonged. He listed 97 maps worth around $3 million. Some have questioned whether Smiley revealed everything, but the FBI was evidently sufficiently satisfied to approve of a plea bargain. Among the institutions known to have had material stolen, along with Yale, are the Boston Public Library, the Newberry Library, Harvard, and the New York Public Library. Smiley was sentenced to 3 ½ years in prison in December 2006, along with being ordered to pay $2 million in restitution. Federal Bureau of Prisons records reveal that he was released on January 15, 2010.

The FBI recently published a cleverly headed notice - “Map Quest” - on their website seeking the owners of the 28 items still in their possession. They were forfeited by Smiley as part of the plea bargain, along with many other items. The owners of the remaining 28 have yet to be found. Since most were excised from books with no identifying markers on them, it can be hard to determine their source. In many cases, the FBI believes the libraries from which they were stolen may not even be aware that something is missing from the books on their shelves. Manager of the FBI Art Theft Program Bonnie Magness-Gardiner stated, “Technically, they belong to the Bureau now, but we don’t want to keep them. Even though we have tried to find the rightful owners over the years, we are making another attempt.”

Among the items still seeking their owners are an 18th century United States map, a 1683 street plan for Philadelphia, Newfoundland maps from Jeffrey's Atlas, and several antiquarian books. If you think any of the remaining items may have been stolen from your collection, you are urged to contact Special Agent MacNamara at 203-503-5268 or send an email to artwork@ic.fbi.gov. Naturally enough, they require that “to claim any of the items, you will need to provide evidence of ownership and positively identify the item in question.” Markings, wear patterns, damage to pages, and such are examples of evidence that can be provided.

The FBI announcement, along with a photo gallery of the items in FBI possession, may be found at www.fbi.gov/news/stories/2013/july/fbi-seeking-owners-of-stolen-artwork.