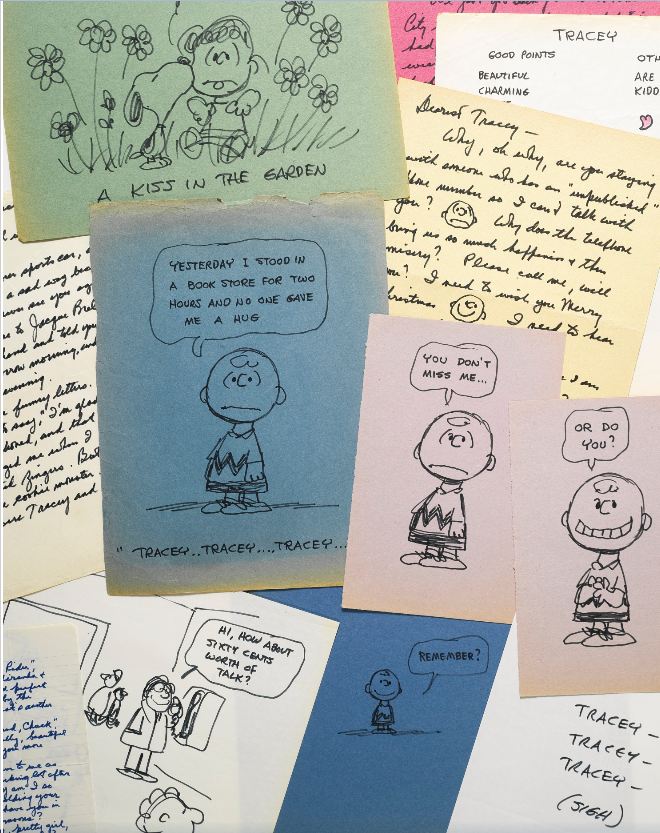 Many of us lament the effect of electronic communications on the permanency of written and printed records. A paper book, a manuscript letter, provides a permanent record if kept, something scholars can look back on generations from now to understand our world and our lives. How about an email? Or an instant message? Or a text message? Or maybe a message posted on Facebook, or a ubiquitous “like?” I erase my text messages when my phone memory is full, my emails when the saved ones become too numerous to manage, my instant messages instantly, and Facebook?... well, I don't expect they will still be saving my page generations after I'm gone. But, I still have old letters.

Then again, on second thought, maybe electronic messaging isn't so bad. Take the case of an auction that took place a few weeks back. Offered for sale was a collection of letters, not of someone from the 19th century, a distant memory, but a man who lived until the 21st. Everyone knows him, not personally, but we know who he was. The man was Charles Schultz, creator of Peanuts, the comic strip that every one of us has read, without exception, some time in our lives. Reruns still appear in newspapers (Schultz did not permit anyone else to continue his strip) and Charlie Brown TV specials still are broadcast over the air. If Schultz's cartoon kids are a bit tame by today's standards – Lucy was mean but never obscene – they still have a following.


The letters of Schultz that went up for auction were personal. They were love letters. Schultz was married. The letters were not to his wife. How would Schultz feel about these letters being put up for auction, their content available for all the world to see? Schultz was a quiet and private man. Just a guess, but I don't think he would have liked it. Schultz was married in 1951, divorced in 1972. These letters come from 1970-1971. According to Wikipedia (and I can rely on Wikipedia because it really doesn't matter whether this is true), Schultz's marriage was already in trouble by 1970. Evidently. As to whether this relationship was a cause or symptom of that trouble, a biography by David Michaelis indicates the married couple had already grown distant. A “chance” meeting set up by one Tracey Claudius, 23 years his junior and an admirer of his work, must have pushed the lovestruck 48-year-old man over the edge.


Schultz remarried the year after his 1972 divorce. It was not to Miss Claudius. According to Michaelis, Schultz proposed twice to her but she turned him down. Schultz second marriage lasted the remainder of his life.


The letters are basically what you would expect from a schoolboy in love for the first time. They probably aren't something a 48-year-old man would want to share with the world. What is most interesting is to see his drawings, frequently Peanuts characters expressing similar lovestruck views. Lucy with a heart! Fortunately, it's all very sweet and silly. Schultz's image for good clean fun remains intact, even if the circumstances of this belated youthful romance aren't entirely appropriate. At one time, he is forced to write Claudius that he has to stop making his frequent long distance phone calls. His wife found out.


Interestingly, some of the episodes and descriptions Schultz used in his letters made their way into his comic strips, or vice versa. Snoopy described himself as “buggable and huggable,” words Schultz used to describe Claudius. At one point, Charlie Brown warns Snoopy, “And stop making those long-distance phone calls!” Art imitates life.


According to the Michaelis biography, one of the reasons Claudius turned down Schultz's marriage proposals was she feared it would hurt his reputation. Apparently, she has overcome that fear. Reportedly, the 67-year-old Claudius, who later married, is in ill health. According to the London Daily Mail, they interviewed several of Schultz's descendants, and they are less than pleased with the auction. Words such as “tacky” were used to describe the sale of his personal letters. In hindsight, maybe it would have been better if the great cartoonist could have sent Miss Claudius a bunch of text messages and emails. Had he the chance to do it over, we suspect that Mr. Schultz would agree.