Department of Justice May Initiate Action for E-Book Price Fixing 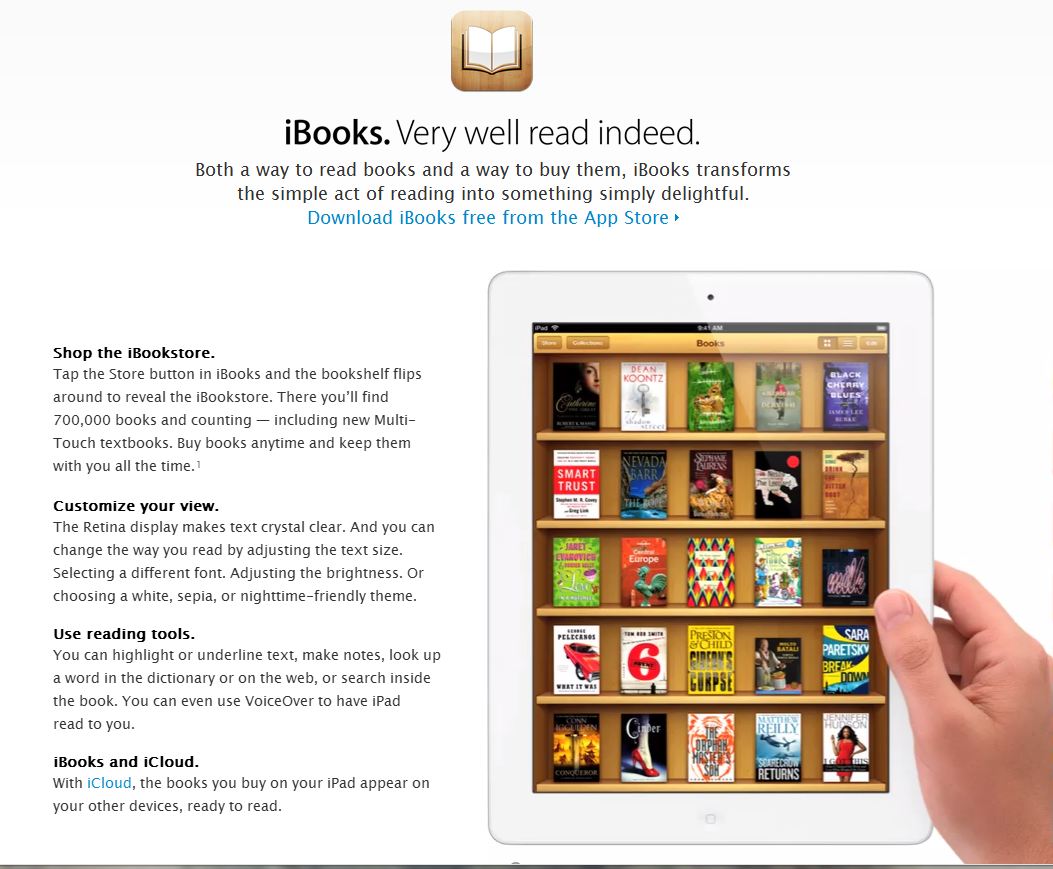 Reports have come out that the U.S. Department of Justice is planning to sue five book publishers and Apple Computer for price-fixing of electronic books. This legal action by the government would come on top of a class action lawsuit earlier filed on behalf of consumers who allegedly overpaid for their e-books because of price-fixing. Meanwhile, it is also said that some of the publishers are negotiating behind the scenes in an attempt to reach a settlement of the dispute before it breaks into full-scale legal action.

The claim alleges that the publishers conspired with Apple to force up the retail prices of e-books charged by Amazon. Amazon was selling electronic books, most commonly at $9.99, at little or no mark-up, sometimes even at a loss. Amazon was willing to do this for two reasons – one to encourage customers to buy their Kindle brand of electronic readers, and secondly, to encourage people to buy all of their e-books from Amazon (presumably, eventually at a price profitable to Amazon). Amazon really wants people to be drawn into their world where they buy everything they need from Amazon.


The immediate reaction might be, why would the publishers mind Amazon selling their books so cheaply? The publishers weren't giving up their profits, only Amazon was. The more Amazon sells, the more money the publishers make, right? The publishers did not see it this way. They feared once consumers got hooked on low prices, they would never be able to raise them again. They also may have feared that prices too low on e-books would totally decimate their printed book business.


What allegedly happened next is what led to the possibility of legal action by the DOJ. Apple wanted to sell e-books for its iPad tablet computer, which can be used as an electronic book reader. However, Apple didn't care about undercutting the competition to gain market share. Apple figured the superiority of their products was sufficient to give them the largest share of the market. They just didn't want to be undercut by anyone else, Amazon in particular. Since the publishers wanted retail prices to go up anyway, the two sides, allegedly, agreed to a new method of pricing - the “agency model.”


Under the agency model, the publishers, not the retailer, sets the price. The retailer then gets a cut, in this case 30%. All retailers, under this model, charge the same. There is no competition on price. The most notable evidence of this supposed conspiracy came from Walter Isaacson's biography of the late Chairman of Apple, Steve Jobs. According to the biography, Jobs said, “We told the publishers, ‘We’ll go to the agency model, where you set the price, and we get our 30%, and yes, the customer pays a little more, but that’s what you want anyway… They went to Amazon and said, ‘You’re going to sign an agency contract or we’re not going to give you the books.’”


It is not clear what happened next, but today most books at Amazon are priced at $14.99, not $9.99, and prices from Amazon and Apple are mostly the same.


Apple's defense to the claims may be gleaned from their response to the earlier class action lawsuit. In it, Apple says the complaint mischaracterized Jobs' comments, and “just strings together antitrust buzzwords.” The company innocently maintains that all it wanted to do was sell e-books, and had no incentive to raise prices. The idea that it would illegally attempt to squelch sales of Amazon's Kindle e-reader makes no sense, Apple claims, as they had a perfectly legal way of selling e-books – a multi-purpose electronic device that could do far more than just read electronic books (the iPad). Apple then asks, rhetorically, “Why would Apple conclude that conspiring to force Amazon to no longer lose money on eBooks would cripple Amazon’s competitive fortunes?” That sounds big of Apple, wanting to help Amazon stop losing money on e-book sales, but of course, losing money in the short term was Amazon's precise strategy to gaining a competitive advantage.


One other point Apple noted is particularly ironic. Prior to their entering the market, Apple said that Amazon controlled 90% of the e-book market. Their low, even money-losing pricing was keeping competitors out of the business. Now, Apple and others are able to compete in the e-book market. There is more “competition.” Normally, competition is good for the consumer, bringing prices down. However, in this case, the exact opposite seems to have occurred. Rather than competition bringing prices down, allegedly forced higher prices has increased the number of competitors. However, as consumers are well aware, the one thing these new “competitors” are not competing on is price. That is probably what most consumers want them to compete upon. After all, what difference does it make from whose website you download an electronic book if the prices are all the same?


The European Union is now believed to be examining the alleged price-fixing scheme as well. The five publishers believed to be being investigated are MacMillan, Hachette, Penguin, Simon & Schuster, and HarperCollins.