A Bill Has Been Filed to Greatly Reduce the Length of Copyrights. Why Now? 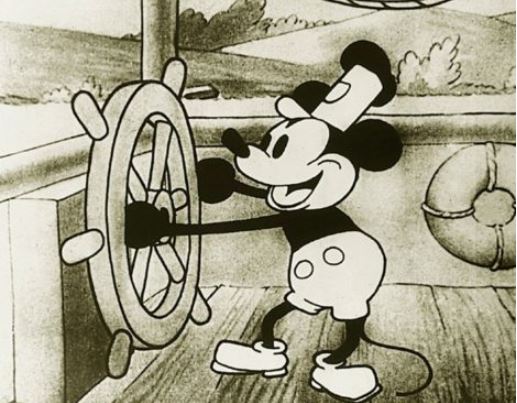 After years of extending the length of copyrights, legislation has been introduced in the United States Congress to roll back the term of those protections. If enacted, it will be quite a turnabout.

The U. S. Constitution gave Congress the power to establish copyrights “to promote the progress of science and useful arts, by securing for limited times to authors and inventors the exclusive right to their respective writings and discoveries.” It did not take long for Congress to act. Within a few years, it passed the Copyright Act of 1790. It provided authors and others exclusive rights to their work for 14 years, which could be renewed for a second 14-year period.

In 1909, the copyright law was revised to double those two time periods to 28 years plus an option to extend for another 28 years. Then, in 1976, Congress undertook a major revision. Copyrights were given protection for the life of the author plus 50 years. Corporations were granted 75 years. Finally, Congress came back one more time, in 1998, and extended copyright protection by another 20 years, to life of the author plus 70 years. Corporations also got 20 more years, raised to 95.

Many questioned the need for this extension. It is hard to imagine authors being unwilling to create new books, or scientists new inventions, because their heirs would only enjoy the benefit of their monopoly for 50 years after their death instead of 70. Actually, it's kind of absurd to think that. There was an obvious ulterior motive. The Disney Company was pushing for this change as they were getting close to losing their copyright protection for Mickey Mouse. He was about to escape into the public domain.

The 1998 legislation, the Copyright Term Extension Act, or, colloquially, “the Mickey Mouse Protection Act,” and the earlier 1976 act protected Mickey from the clutches of the untamed marketplace. The 1998 act was introduced by Sonny Bono. Most remember Sonny as Cher's sidekick but in 1998, he was a Republican Congressman from southern California, sympathetic to business interests and with a personal connection to Hollywood. It is not surprising that he would be looking out for the interests of Disney.

Now, legislation known as the Copyright Clause Restoration Act, has been proposed. It would limit the length of copyrights to 56 years, 28 years initially and another 28 if an extension is applied for within a year of its expiration. It is a return to the 1909 law. Once again, the legislation was introduced by a Republican and once again Disney was the primary target, but my how the sentiments have changed. The legislation was initiated by Senator Josh Hawley of Missouri. He detests Disney and is looking for ways to hurt the company, which he made clear. His legislation does not apply retroactively except to entertainment companies with a market capitalization of over $150 billion. Who fits that category? Disney!

In a statement Hawley issued on May 10, he said the legislation will “Make this change retroactive for the biggest entertainment companies, including Disney, that were granted unnecessarily long monopolies. Under this legislation, Disney would begin to lose protections for some of its oldest and most valuable copyrights.”

What has brought about Hawley's anger and desire to hurt Disney? He explained, “the age of Republican handouts to Big Business is over. Thanks to special copyright protections from Congress, woke corporations like Disney have earned billions while increasingly pandering to woke activists. It’s time to take away Disney’s special privileges and open up a new era of creativity and innovation.”

Woke. Woke. What is this word du jour and what is it that makes Disney “woke?” It turns out to be the opposition expressed by Disney's CEO to the “Parental Rights in Education” law in Florida, better known as “Don't Say Gay.” It prohibits discussion of topics related to sexual orientation or gender identity, in other words LBGTQ, in grades kindergarten through third, when children are picking up the values and prejudices that will last a lifetime. Evidently, Senator Hawley feels that gay and other LGBTQ children aren't being bullied, insulted, harassed and humiliated enough so a stop must be put to this “woke” teaching of decency and respect. Let's encourage that cruelty children can inflict on their peers who are different because they don't know any better. Perhaps the non-profit Trevor Project's finding that LGBTQ children are four times more likely to seriously consider suicide is not large enough. Childhood is not for children, at least not for those who are “different,” and Hawley has chosen to build his political career and ambitions to be President on the backs of the most vulnerable of children.

Hawley's behavior does not surprise me. Some politicians will do anything to be elected. What I cannot fathom is does this really play well with the people of Missouri? Missourians have always, in my mind, been represented by the common sense and decency of the man they sent to the White House, Harry Truman. Have the Missourians of my youth been replaced by a generation filled with anger and hatred towards those not exactly like themselves? I cannot even comprehend how anyone could think this way, certainly not the people who gifted us with Harry Truman when we needed him.

Sure, there are good reasons to reduce the length of copyrights. They deny common access to works long after it would make any difference to the authors. Instead of expanding knowledge, they can inhibit it. But... for this reason?

It all makes me think back to the lyrics of a 1975 song by Chicago named after Missouri's favorite son. I hope I'm not violating the band's copyright protection, but they go:

Harry could you please come home

I know you would be mad

To see what kind of men

Prevail upon the land you love

How we got here

Harry all we get is lies

From men who'd sell us out

To get themselves a piece of power.”

Harry, Missouri needs you. America needs you. Harry could you please come home.