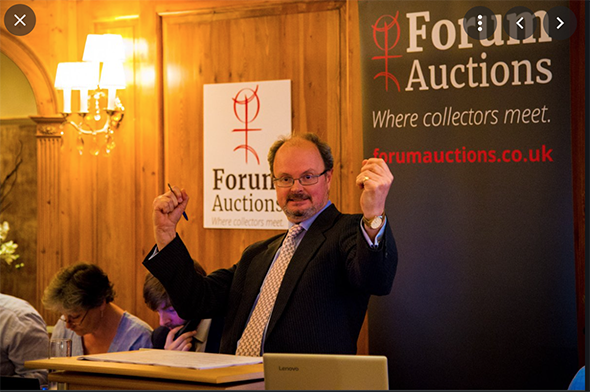 Forum Auctions in July is soon celebrating their 5th anniversary and are conducting a series of sales – both online only and ‘traditional’ – over the course of the spring and into the early summer months to celebrate the achievement.  Their calendar of events, from now into July, is diverse and impressive:

Since 2016 the firm has pioneered a trading model intermeshing weekly timed online-only auctions with bi-monthly higher value 'traditional' sales.  The combination of these formats has proved popular with clients; swift turnaround times benefit sellers and the weekly revolving calendar provides buyers with an ever greater array of new items to bid on.

In July, almost exactly 5 years since their inaugural auction, Forum will hold their 250th auction and expect to record their 50,000th sold lot. Indeed, in December just past they reached a cumulative $63 million in auction sales for their first 4.5 years and are now regularly adding private treaty sales. Taken together, the firm's fresh goal as they approach their fifth anniversary is a new single year record -  $35,000,000 to be achieved as they celebrate their anniversary this summer.

From a standing start they have become a major player!