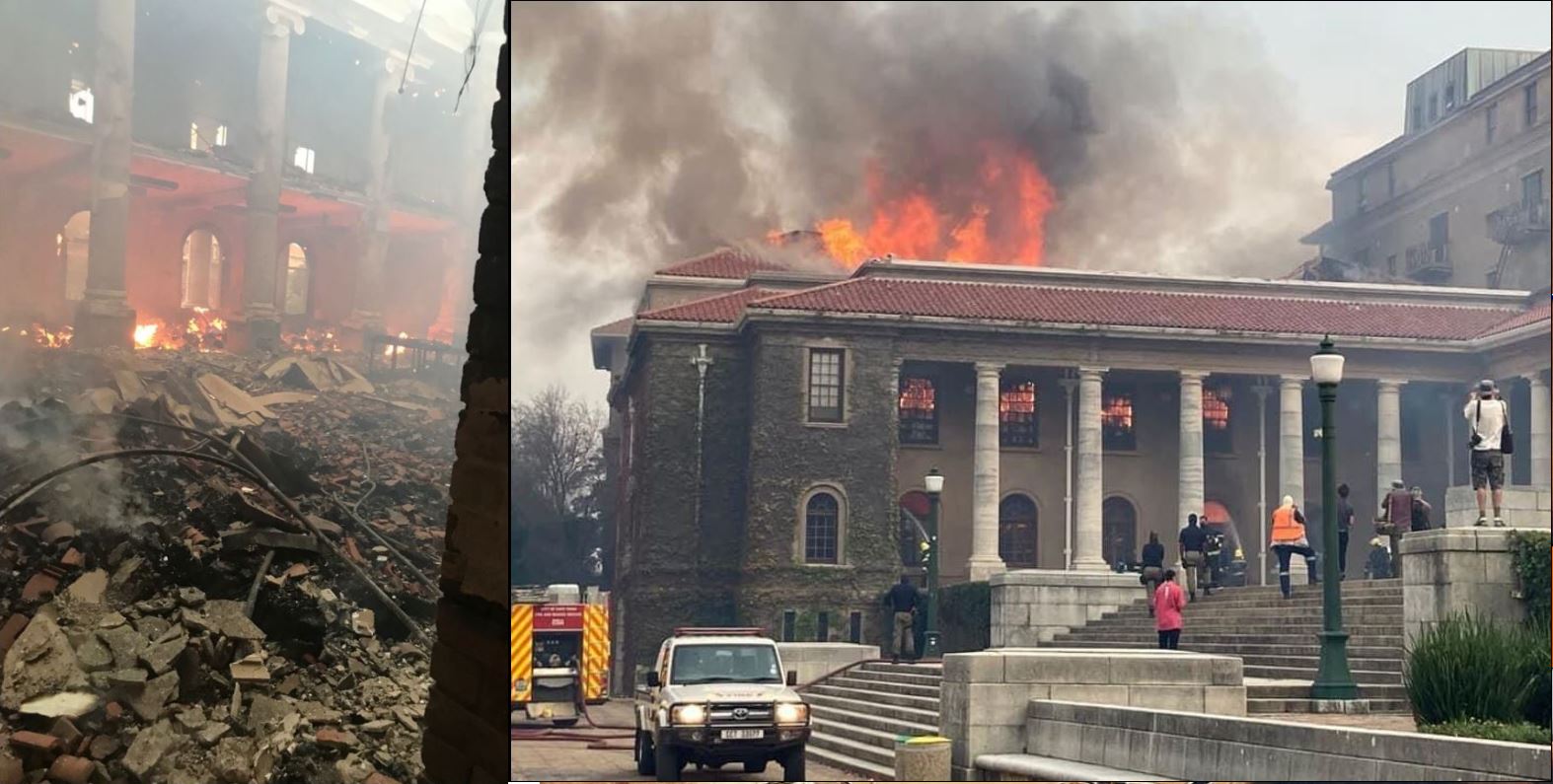 It was a library's worst nightmare. On April 18, a fire broke out on Devil's Peak in Cape Town, South Africa. It grew rapidly before firefighters were able to control it. It spread to the University of Cape Town campus. By the time it was done, parts of six buildings had suffered major damage. Among them was the Jagger Library and its Reading Room and Special Collections.

As the picture reveals, the damage was horrific. The building was off-limits even to salvage for many days as fears for safety were paramount. However, recovery work is taking place now, and it looks like more books will be saved than earlier thought possible. That does not mean restoration work won't need to be done on many of those saved, but at least salvage may be possible. That is critical when books are very rare or unique.

As hopeless as that picture looks, much of the material was stored in the basement. It avoided fire damage but instead suffered damage by water. That is one of the ironies of fires. Librarians and volunteers are working now to salvage as much of this as possible. There was also a small room that escaped the blaze.

Perhaps the most notable collection in the Jagger Library was the 65,000-volume African Studies collection and African Film collection. There were also pamphlets and newspapers from South Africa. Some will be irreplaceable. They also had some non-African antiquarian books, the oldest being a 1471 Peter Schoffer Mainz printed book. The loss of such books is tragic, but at least there are likely to be copies elsewhere. The African material may not be so duplicated.

This event is a sobering reminder of the fragility of paper. It is neither fireproof nor waterproof, susceptible to numerous forces other materials can withstand. It requires the utmost protection to keep it safe, but some forces are too great to fully protect against. Some extremely valuable material can be kept in fireproof safes, but not a whole library full. Such protections as sprinkler systems can reduce, but not eliminate the possibility of fire damage, and as we see, can cause damages of their own.

Old books are like real estate. They aren't making any more. But they are also unlike real estate in that they are making less. Sure, they are making old books in the sense that today's new books will one day be old books, but there will never be more copies of today's old books, only fewer ones. It makes it imperative that we do everything possible to preserve and protect what we have, because there will never again be more.