Home For Sale Perfect for Someone Needing a Massive Library 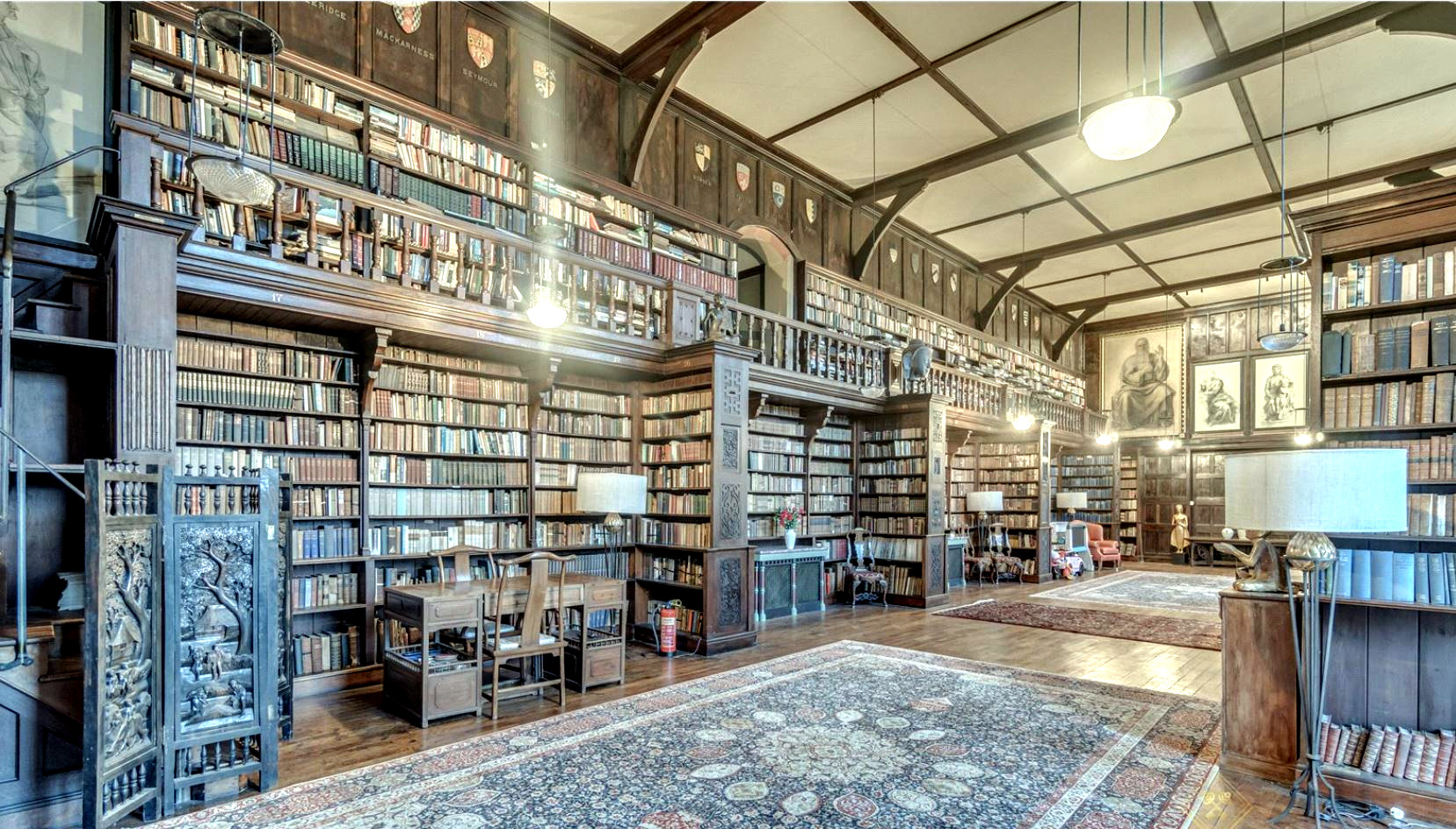 This library will hold your 22,000 book collection (Pilkington Estates Photo).

For those requiring a substantial library, we have found just the right home for you. It will be most convenient for those already living in England, but if not, it is worth the move. This is truly a spectacular house. It will not come inexpensively, but what house that can be described as “spectacular” does?

The home is known as Chanters House, a sprawling mansion on over 20 acres in Ottery St. Mary, Devon. It comes with an amazing “provenance.” No Americans have homes this old. Its name goes back to its beginnings. Adjacent to St. Mary's church, it was a chantry, a place provided to a priest to say prayers for the patrons who supported it. It was built around 1340. In 1645, it was used by Oliver Cromwell as his headquarters. In the late 18th century, it came into the possession of the Coleridge family. In 1760, John Coleridge moved his family into the home. Among his children who lived there was his son, the renown poet, Samuel Taylor Coleridge. The house remained in the Coleridge family for generations, until sold in 2006. Not surprisingly, the house and property have undergone many changes and expansions over the years, with some intense updates and upgrades in the last few years.

The house contains over 22,000 square feet of space on 21.43 acres of land. There is an additional approximately 8,000 square feet in the two-bedroom coach house, three-bedroom entrance lodge, and various outbuildings. It is perfect for a growing family. Naturally, it is a bit on the expensive side, the minimum price set at £7,000,000 (roughly US $9,600,000). However, you get lots of amenities beyond mere size for that price. There is a grand reception room with solid oak flooring and period fireplaces, known as the Cromwell Fairfax Room. The description says it is believed that Cromwell declared the Civil War here. It leads to six other reception rooms.

You will, of course, need bedrooms, and Chanters House does not skimp here. In addition to the five bedrooms in the outbuildings, the main house has four double bedrooms with their own bathrooms on the first level while the upstairs has six more bedrooms. There are 11 baths in all. For more running water, there is an indoor pool. Other features are a billiards room, gym, aviary, and wine cellar. And outside, there is a pond, stables, and a tennis court, along with walled-in gardens.

This may all sound like standard fare for a $9.6 million home. That's because we have not yet come to the piece de resistance. That is the library. It is huge. Over 70 feet long with ceilings 30 feet high. It can house a collection of 22,000 books. The Coleridge family had its bibliophiles, but this library was not built in Samuel's time. It was added a century later by another Coleridge. It was recently expanded by the current owner, the Coleridges being limited to a collection of only 18,000 books. If this is insufficient for your collection, you can always place some of the excess books in one of those additional reception rooms, extra bedroom, or outbuilding. You can find a way to make do.