Another Library Plans Sale of a $13 Million Collection 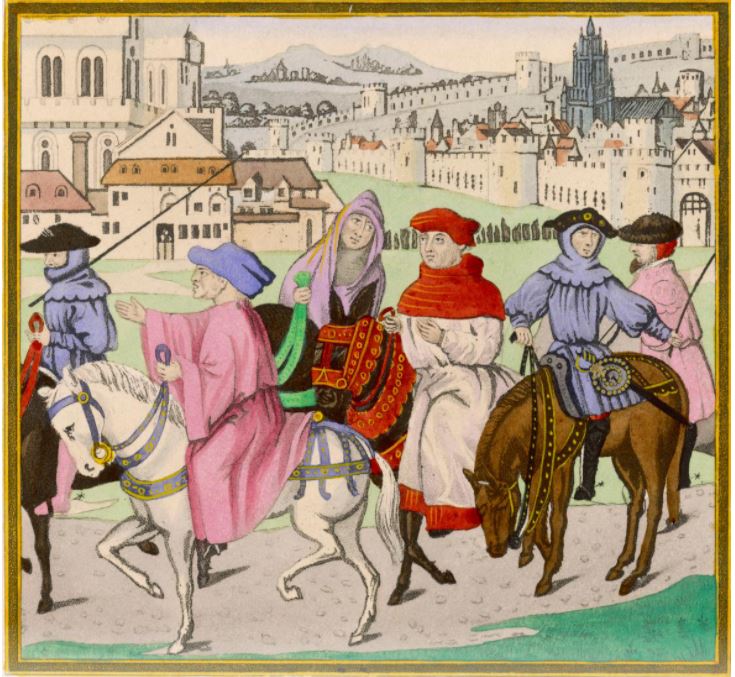 An illustration from the Canterbury Tales.

Last month we wrote about the sale of a Shakespeare First Folio by Mills College of Oakland, California. They did so not to pare their collection, or update it with new material, but to raise cash for operating funds. It was strapped for cash, losing money, and sold the assets to stay afloat. The sale was a major success for Mills, taking in almost $10 million.

The sale was not without its opponents. Many people don't like to see parts of a library collection sold, and certainly not for reasons other than replenishing or preserving the collection. The First Folio was a gift to the college by a couple in 1977, in honor of her father, who had been an English literature professor at Mills. That hurts.

Now, a similar situation has arisen in England and a group of supporters has again cried “foul.” This involves a gift far older than 1977. The similarly situated owner is the Royal College of Physicians. The college is suffering from a £3,000,000 (approximately US $3.9 million) shortfall in its funds. Meanwhile, they have a book collection valued at £10,000,000 ($13 million). You can see where this is going. They want to sell the collection, which will cover its current needs and presumably those for some number of years into the future.

The Royal College was founded by a royal charter in 1518 from King Henry VIII. That was from a time when Henry was at least semi-rational, not bumping off his wives and friends. In 1680, they received a fabulous gift of books from the Marquess of Dorchester. It was intended to rebuild the college's library after the Great Fire of London. Among the books was one of 12 surviving copies of the first edition of The Canturbury Tales, a psalter owned by John Dee, astronomer to Queen Elizabeth I, and the first book printed in English on the continent. Presumably, the Royal College of Physicians must have had a few hard times in the intervening years, but still managed to hold onto the books for the past 340 years. Long enough, they have now determined.

A website has been created to petition the college to abandon its plans to sell the collection. It was created by Kristin Hussey and Emma Shipley, who identify themselves as former Curators of the Royal College of Physicians. They note that the college is an Arts Council England Accredited Museum and Archive, whose ethical standards do not permit a sale for such purposes. “This sale is wholly financially motivated and proceeds of the sale will not be directed back into the collections as stipulated by best practice guidelines, but instead act as a band-aid to systemic budgetary shortfalls,” they write. They continue, “The museum, library and archive collections are treasures at the heart of the College's identity and have been invested in and cared for by the College and its membership for five centuries.” They also say that a letter has been sent to the college President by 420 Fellows and Members opposing the sale.

This issue has become more widespread in recent years, a symptom of budget cutting for such “unnecessary” services as libraries and other institutions of learning. The online availability of digitized texts and the problems associated with Covid 19 have exacerbated the issue. Sadly, it is likely to continue. Libraries find themselves between a rock and a hard place, facing broken budgets with no rational means of balancing them. So they find themselves forced into the irrational. It is hard to understand why funds are no longer available for such services when, in earlier times, when nations were far less prosperous, they were. It sounds as if our priorities must have changed.