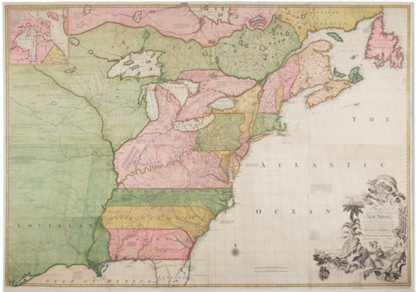 Christie's New York is very pleased to announce its fall various-owner online sale, Fine Printed Books & Manuscripts Including Americana. The sale, which takes place over two weeks from October 1-16, 2020, has an aggregate high estimate of over $3 million and includes several lots expected to sell in the six figures.

The sale embraces five centuries of the written word, from Aldus Manutius's landmark edition of Aristotle (Venice, 1495-98) (estimate $200,000-300,000)—the first printed in the original Greek and the most important Greek-printing project of the 15th century—to a very rare set plans for the building of the Twin Towers/World Trade Center by Minoru Yamasaki and Emery Roth & Sons from 1968-72 ($20,000-30,000).

A major highlight of the sale is the rare 1777 broadside announcing the first National Thanksgiving ($500,000-800,000)—the first appearance of this broadside at auction in nearly a century. Declared to commemorate the American victory at Saratoga, the Continental Congress recommended “to the legislative or executive powers” that 18 December 1777 be set aside for “solemn thanksgiving and praise.” Only three copies of the broadside are confirmed extant in institutional collections: at the American Antiquarian Society, Boston Public Library, and the Library of Congress.

Other sale highlights include an attractive, richly decorated double portolan chart of the Mediterranean from Messina, Sicily (1617) ($40,000-60,000), and the original floorplan of the first U.S. Treasury Building ($50,000-80,000), designed by George Hadfield and signed and approved by George Washington, 1 March 1797, both lots from the collection of Nina R. and Arthur A. Houghton, Jr.; Chréstien Le Clercq’s Histoire des Colonies Françoises (Paris & Lyon, 1691-92) ($100,000-150,000), the first edition, with the suppressed dedication to Count Frontenac, of this controversial history of the Great Lakes and Niagara region; John Mitchell's 1755 map of the British and French dominions in North America ($70,000-100,000), widely regarded as the most important map in American history; Henry Pelham’s magnificent 1777 map of Boston under siege commissioned by British intelligence ($80,000-120,000), the first complete copy to appear at auction in 25 years; and John F. Kennedy’s notes taken during the Kennedy-Nixon debates on 20 September, 1960 ($30,000-50,000), the first televised presidential debate in American history.

The Fine Printed Books & Manuscripts Including Americana sale is now available for browsing on Christies.com. Bidding opens at 10 a.m. EST on October 1 and continues through October 16, 2020, when bidding will begin to close at 10 a.m. For more information on the sale, please contact: J. Fernando Peña, Senior Specialist and Head of Sale (jfpena@christies.com; tel. 212-636-2663).