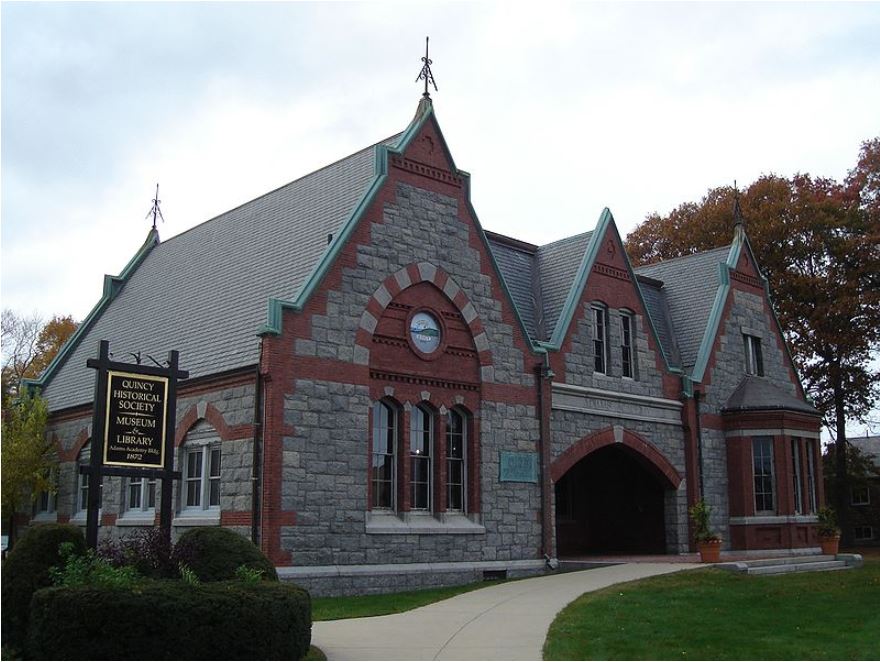 “I read my eyes out and can’t read half enough neither. The more one reads the more one sees we have to read.” So wrote John Adams, second President of the United States, to his wife, Abigail Adams, on December 28, 1794. Adams didn't grow up in a family of readers, but once he arrived at Harvard as a student, he quickly understood the importance of books. He became an avid reader.

He also soon understood the value of a good library. This was of particular importance in his chosen profession, the law. Lawyers need a good law library to carry out their responsibilities and Adams built one of the finest around. When he became a diplomat, he continued to add to his collection, buying up many books he found while serving in Europe. In America, his responsibilities would grow, as America's first Vice-President, then as the nation's second President. It didn't afford him as much time for reading, particularly for pleasure, as he desired. It was not until he left the presidency in 1801 that Adams finally had the time to fully engage himself in his passion.

In 1822, now with a library of around 3,000 volumes, Adams realized it was time to make long-term arrangements. He was now 86 years old, Abigail had died a few years earlier, and time was running short. Fortunately, he lived long enough to see his son, John Quincy Adams, become President before he died on July 4, 1826. Adams chose to give his library, along with land and money, to the people of Quincy, Massachusetts, his hometown. In particular, he wanted to see a school built in the city.

It took a long time for this to happen. There wasn't enough money to build it immediately, taking many years to raise the funds. Finally, under the direction of his grandson, Charles Francis Adams, the school was built, opening its doors to students in 1872. However, the Adams Academy was not equipped to handle a library of this size. It was never very large and only operated until 1908 when it closed from insufficient enrollment. The building has had several uses over the years since, the last being that it was leased to the Quincy Historical Society in 1972. It is a museum today, with items relating to the town's long history, including its presidential favorite sons.

In 1894, needing a place to hold the book collection, the city of Quincy deposited the books with the Boston Public Library. They had the facilities to care for a large and important collection. Today, 126 years later, that is where they remain. Scanned copies of the books in Adams' library can be found on the Internet Archive at archive.org/details/johnadamsBPL.

Now, Quincy wants to bring Adams' books back home. Mayor Thomas Koch wrote the Boston Public Library of his long-range plans to house the Adams' library in the old Adams Academy building. He believes the time has come where Quincy can maintain the library and a small museum honoring its famous family. He sees this as something of a presidential library. Recent Presidents have official, government funded libraries, but those only go as far back as Herbert Hoover. Earlier Presidents may have unofficial libraries, those built by state and local governments or organizations, or none at all. Mayor Koch would like to see Quincy join the first group. The Adams Academy building would be particularly appropriate as it was built at Adams' request and partially funded by him. Since there is no longer a need for the school he envisioned, this is an appropriate alternate use.

The Academy is located close to the United First Parish Church. This was also built as a result of Adams' gift, completed in 1828. John and John Quincy Adams, along with their wives, Abigail and Louisa Catherine Adams, are buried in a crypt downstairs in the church. Quincy seems a good place to gather all things Adams.