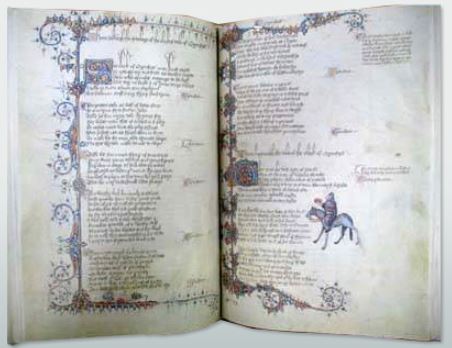 AbeBooks has released their list of the Top 10 highest prices paid on their book selling website during the months of July-September. They fall into three categories: books or authors you know, very old books, and beautiful books. Most books aren't worth a lot of money, but if you have the right ones, the money still flows. Here are those ten most expensive items.

10. Philosophiae Naturalis Principia Mathematica, by Isaac Newton. This is a third edition from 1726 of what some consider the greatest science book ever written. It covers Newton's laws of motion and of universal gravity. This was the last edition published during his lifetime. $8,847.

9. The Chronicles of Narnia, by C.S. Lewis. A complete set of first editions of the Chronicles. Maybe not as important as Newton's Principia, but many more people have read these books. $9,138.

7. Antarctic Days. Sketches of the Homely Side of Polar Life by Two of Shackleton's Men, by James Murray and George Marston. These two gentlemen accompanied Shackleton on the Nimrod Expedition 1907-1909. They didn't quite make it to the South Pole but came the closest of anyone at that time. Shackleton provided an introduction and this copy was signed by Shackleton, Murray and Marston. $9,500.

6. Hieronymi Cardani Mediolanensis, by Gerolamo Cardano. With a title like that, it is safe to say this is a very old book. Cardano was a 16th century polymath, knowledgeable in philosophy, mathematics, medicine, astronomy, astrology, physics, and probably everything else. This is a 17th century edition of his work. $10,991.

2. History of the Royal Residences of Windsor Castle, St. James's Palace, Carlton House, Kensington Palace, Hampton Court, Buckingham House, and Frogmore by W.H. Pyne. Three volumes published in 1819 containing 100 engravings of various palatial residences, including the one with a lot of frogs nearby. $15,000.

1. The Canterbury Tales by Geoffrey Chaucer. This is a facsimile of the New Ellesmere early 15th century illuminated manuscript housed at the Huntington Library. This is a lot of money for a 1995 facsimile but it is a spectacular reproduction of an incredibly beautiful work. $19,752.