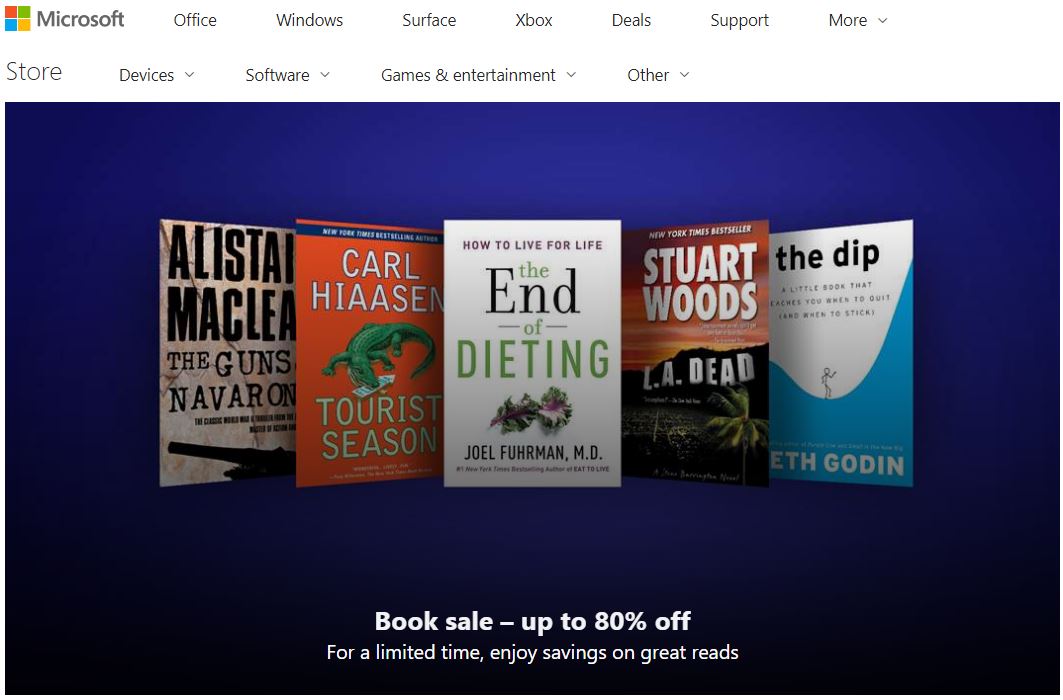 We have heard so many times about booksellers closing their doors, often the victims of new technology. Who needs paper when electrons arrive instantaneously, the choices virtually unlimited? The most valuable books, those antiquarian and rare, are usually free electronically, their copyrights long expired. So, here is a case of turning the tables. An eBook store is closing its "doors." It's not just any bookstore. It comes from one of the most prestigious names in technology - Microsoft. Your little corner bookshop may still be open, but the Microsoft eBook store is going out of business.

That sounds like an earth shattering event, at least until you ask the next question - Microsoft has an eBook store? That's the problem. Last I looked, Microsoft had again become the most valuable company on earth, its value approaching $1 trillion. Its value had inched past both Apple and Amazon (though that might have changed by the time you read this). Both of those companies also sell eBooks, lots of them, very successfully. Amazon was born a bookseller, and Apple's loyal audience will buy anything they sell. Microsoft, sadly, has no such history, no such passionate following. They mostly sell software and cloud services, lots of it to enterprise customers. Retail consumers buy their software grudgingly because they have to. Microsoft may be unloved, but there is no realistic alternative. It dominates its fields, but books isn't one of them.

They opened their eBook store just two years ago. It was barely a toddler. Actually, this was their third such store, after two earlier attempts failed. Perhaps three strikes will deliver a message. Microsoft just isn't adept at consumer retail. This one was almost doomed from the start. It relies on reading books through their Edge browser. Once upon a time, Microsoft also dominated the web browser field with their Internet Explorer. It became balky and unsafe and Microsoft finally replaced it with Edge. It was too late. Google's Chrome, followed by Firefox, controlled the market, with Opera having a good share in Europe. Edge never got above slightly over a 4% market share. It even trails its own obsolete Internet Explorer. What are the opportunities for selling books when 96% of the population can't read them?

There is one major difference when an eBook store, at least one that provides streaming books, closes vs. a traditional print book store. When the print book store closes, you get to keep the books you bought. Not so with Microsoft eBooks. They stream the books to you on demand, or at least they did. Once the store closes, they will stream no more. You will still be able to read your books until sometime in July when it officially closes down. After that they are gone. Once the electrons stop flowing from Microsoft, and they will in July, your books have passed on. No ashes, no dust, not even hibernating electrons. They are gone.

At least Microsoft is being reasonably fair. They are refunding customers what they paid for their eBooks. Those who took advantage of the capacity to make margin notes in their books will get an additional $25. The books themselves can be electronically replaced from another vendor. Your margin notes, well, let's hope you didn't have more than $25 worth of them. They will be lost forever. Or, here's an idea. You can copy them down, using an old fashioned pen and paper. That technology still works. But act quickly. July is coming soon.