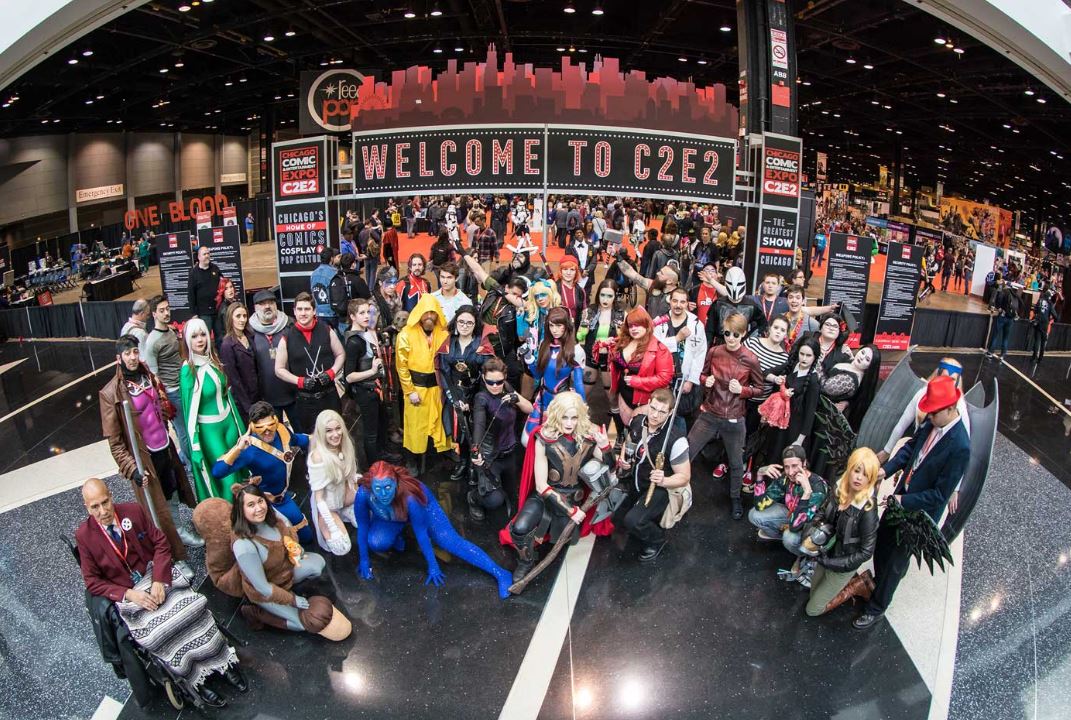 A thief at a recent comic book trade show was caught, but it was a matter of luck - good luck for the exhibitors, bad luck for the thief. It is a reminder to all that even at trade shows, amidst crowds of visitors and nearby fellow exhibitors, there are people who can walk off with merchandise and not be noticed. Stephen Bowles was almost such a person.

Bowles, described as 51 years old and a (early) "retired mechanic," perhaps thought he had an easier way to make money than fixing cars. He traveled from his home in Remington, Indiana, to C2E2, technically, Chicago Comic and Entertainment Expo. He was not alone. We have not found this year's attendance figures, but for the prior year, it was over 82,000. No one has yet figured out the formula to duplicating the excitement of a comic book expo in a rare book fair, but whoever does will solve the issue of finding new collectors that has been plaguing the field for years. These shows are fun. Many visitors come in character costumes while numerous celebrities and others put on shows. All the excitement may make it easier for someone with bad intentions to slip around unnoticed despite the large crowds. Even Batman was caught off guard.

In this case, the suspect was caught because he was captured on video. However, it wasn't part of a security system but a camera set up by a vendor to monitor his activity. The exhibitor noticed Bowles was acting suspiciously so he reviewed his video. That is when he saw Bowles swiping comics from several of the show booths. The vendor told a Chicago police officer who arrested Bowles. He was found in possession of most, though not all of the missing comic books.

Three exhibitors are known to have been victimized. The value of the stolen comics from each was estimated at $4,500, $3,300, and $1,200, for a total of $9,200. According to the prosecutor's office Bowles admitted to taking the comic books.