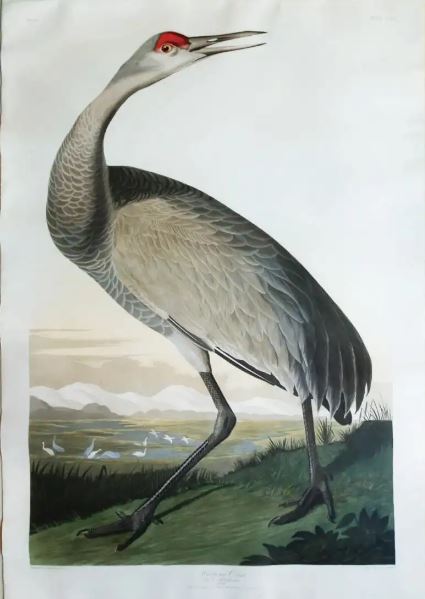 Audubon whooping crane plate from Arader Galleries sold for over $200,000.

LiveAuctioneers reports that 2018 was another bang-up year in terms of growth for its auction platform. LiveAuctioneers is something of an auction listing aggregator. They bring together listings from many different houses. Some sales are made directly on LiveAuctioneers platform, others pass through to the houses. What the customer receives is tens if not hundreds of thousands of listings in one place, making the placing of bids convenient and easy to understand. Its popularity among bidders can be seen by the enormous growth since introduced in 2002.

LiveAuctioneers specializes in auctions of fine art, antiques, and collectibles. The latter category in particular covers the items that bring collectors to the Rare Book Hub - books, maps, manuscripts and ephemera. While art may be their largest category, the popularity of items in the books and paper field can be seen by the list of houses with the highest number of followers on Live Auctioneers. It includes Heritage Auctions, Leland Little Auctions, Clars Auction Galleries, Brunk Auctions, and the recently merged Leslie Hindman Auctioneers and Cowan's Auctions. All regularly hold sales in the books and paper field.

There are a couple of others who aggregate auctions, and we cannot vouch for numbers as none are public corporations, but LiveAuctioneers tells us they are the largest. They report 630,000 sales last year won directly on their platform (not including others placed through their site). LiveAuctioneers says this is 135,000 more than their closest competitor.

Here is a number that is even more staggering. The dollar volume of bids placed through the LiveAuctioneers website, including underbids, was $196.9 billion. Yes, billion. Naturally, many of those weren't winning bids, but people are certainly willing to spend a lot on arts and collectibles these days.

Other figures released included an increase of 161% in new bidders. They had over 433 million page views, 77 million bids. They had an increase of 46% in bids coming through mobile devices. People are bidding wherever they are. They are also now bidding with cryptocurrency, one item being purchased for $140,000 in that ethereal cash substitute. LiveAuctioneers reported they broadcast 120,000 hours of live auctions, with downtime of less than one one-hundredth of one percent.

Among the items sold in the books and paper field was a first edition of Harry Potter & the Philosopher's Stone by Forum Auctions for $31,144. A later six-volume set of Audubon's Birds of America was sold by Brunk Auctions for $26,000. The Arader Galleries sold a plate of the whooping crane from Audubon's first edition of the Bird's of America for $205,000. A letter from George Washington to John Marshall offered by Case Antiques brought in $15,000.

As pleased as they were with 2018's results, LiveAuctioneers CEO Phil Michaelson promised, "The best is yet to come, and it’s going to benefit auction houses worldwide in ways they couldn’t even imagine."