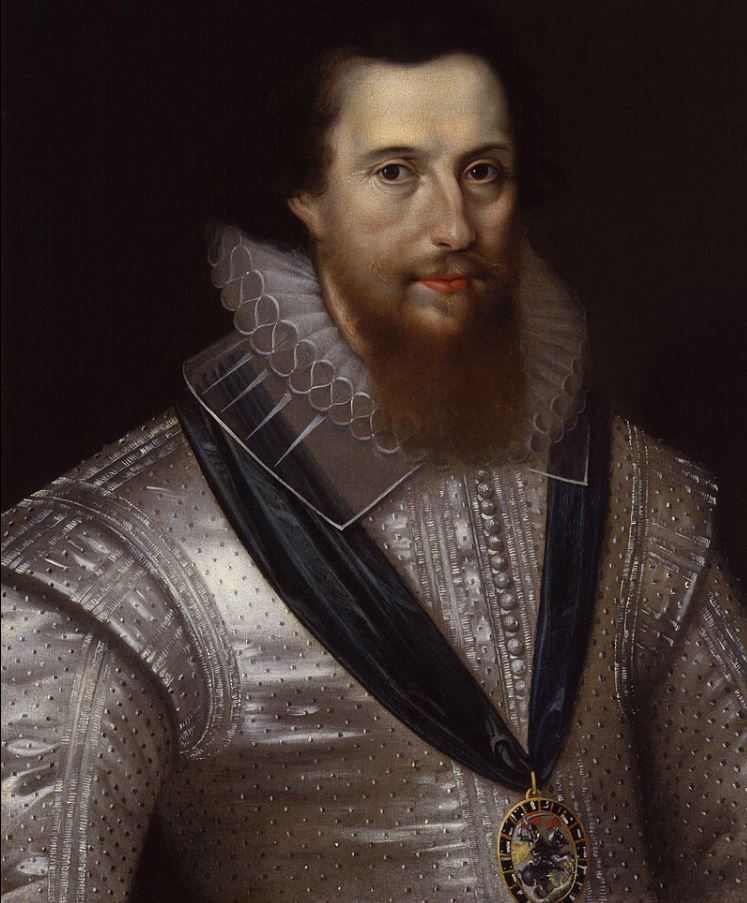 Is there a point at which books, once stolen, no longer need to be returned, or is there no statute of limitations? Does the obligation to return literally last forever? Faro 1540, a group from the small southern Portuguese city of Faro, believes that obligation, at a minimum, exceeds 400 years. They want a collection of books, now at the Bodleian Library at the University of Oxford, returned. They were looted in 1596.

The man responsible for this crime was Robert Devereux, 2nd Earl of Essex, a cousin and once a favorite of Queen Elizabeth I. They later had a falling out, but relations were still copacetic in 1596.

Devereux was something of a rogue, a dashing young man who, in one way or another, made his way into Elizabeth's heart. Some have thought it was romantic, at least on her part, but Devereux was 31 years her junior. He was also the stepson of Robert Dudley, the one man whom Queen Elizabeth wished to, and might have married, but for the political issues it raised. While she was most displeased that Dudley married another, and detested the woman he married, she did end up liking his wife's son. Devereux was charming.

He also could be insolent, and at times disobeyed commands, but the Queen's affection led to forgiveness and looking the other way. He made the most of his situation. The result was that, despite previous blunders, Devereux was placed in charge of forces in 1596 during the never-ending Anglo-Spanish War. They attacked Cadiz, a Spanish city not well-defended. It was an easy victory for Devereux, who ransacked the place. That battle is well-known, but Devereux also burned and ransacked another city - Faro. While located in Portugal, the country was then under control of Spain.

Unlike Cadiz, Faro was a poor city. There wasn't much to ransack there. Devereux was apparently displeased, and as a result, took something he didn't personally value all that much, the Bishop of Algarve's library. Algarve is a region of southern Portugal of which Faro is the capital. There were 65 books, consisting of 91 volumes, taken from the library. Also taken, though apparently from a second location, was the oldest book printed in Portugal, a 1497 Pentateuch.

Devereux's lack of high regard for the books he stole can be seen by the fact that he ended up giving them away. He gave them to his friend, Sir Thomas Bodley. Bodley founded the Bodleian Library at Oxford, which is why the books are there today. They have been there since the library opened in 1602.

A year after the ransacking of Faro, Devereux was unsuccessful in a mission to capture Spanish treasure ships, and did not follow orders. His relationship with the Queen began to deteriorate. He would lose a source of income and eventually find himself under house arrest, but Elizabeth still had a soft spot for him. Devereux should have quit while he was ahead, but pushed his luck even farther, attempting a palace coup. That was beyond Queen Elizabeth's tolerance level and in 1601, Devereux was beheaded. It is doubtful the people of Faro felt much sympathy.

It has been over four centuries since these events took place, and if most of the world has forgotten, not everyone in Faro has. In 2009, a group of local citizens formed Faro 1540 for the purpose of promoting and defending the environmental and cultural heritage of Faro. More recently, they requested that the library of the Bishop of Algarve be returned. The request was made of the Bodleian Library, the second and current Queen Elizabeth, and various British officials. An official answer has not been received as of this writing. We would be surprised if a positive response is forthcoming. The library is very large, very old, and one can only imagine what the history is of all of those books that have resided in the library for centuries. The librarians must be looking at this request as a foot in the door of the proverbial can of worms.

Europe has been through a lot of wars, and a lot of plundering in its thousands of years of history. If 400 years is within the statute of limitations, how about 1,000 or 2,000 years? Plundering was the way of the world in antiquity too. Piracy and privateering were also once common, and Devereux's mission was something between an act of war and an act of privateering. One thing that does seem cut and dried here is the circumstances of the Bishop's books ending up at the Bodleian, and it wasn't the result of a voluntary transfer. This is a strong case for something so long ago, but if it is decided that the bell never tolls, no matter how long, what sort of disputes will we see over, not only books, but all sorts of property in the years ahead? Will anything ever be resolved?