Sacramento Man Charged with Stealing Thousands of Books from Library 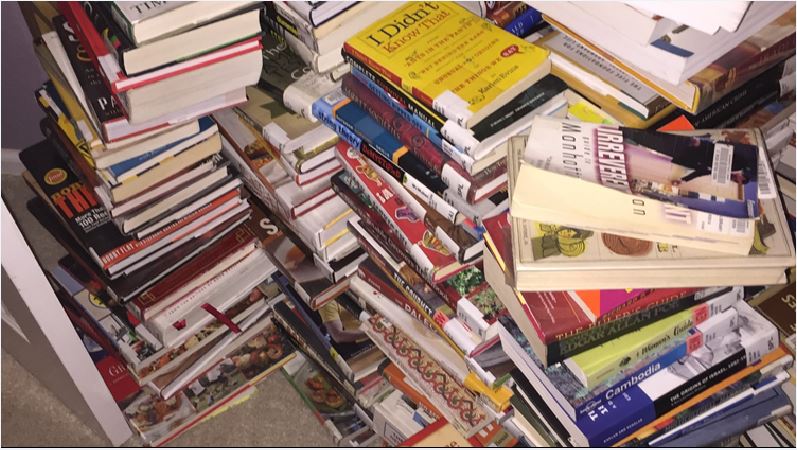 A 46-year-old man has been arrested and charged with stealing a large number of books from the Fair Oaks Library, part of the Sacramento (California) Public Library system. When we say a large number, we are not exaggerating. The Sacramento County Sheriff's office pegged the number at 2,689. In addition, Shahin Sadighian has been charged with taking 3,846 DVDs. The estimated value of the haul is $100,000.

It must have taken a while for someone to remove so many books (and for librarians to notice). However, when they realized an unusual number of items appeared to be missing, they turned to their security cameras. This was where they noticed a man came to the library, primarily on Saturdays, and wandered around with a backpack on his back. He would stuff some books in the backpack, and check out, but he only checked out one or two of the books he had taken. After noticing the pattern, librarians called in the county sheriff. They identified a suspect and obtain a search warrant, which was issued the day after Christmas.

When they searched Sadighian's home, they found the stash of books and DVDs scattered around the house. These were not particularly notable books, not something taken from a rare book room or otherwise of high value. They had clear library markings on them. It leads to the hard-to-answer question - why?

These would not have been easy to sell with the library markings. The amount of work needed to disguise them, combined with their low value, seems to make it dubious it would be worth the effort to sell them, perhaps for a buck or two apiece. Being circulated library books, they not only would be of insignificant collecting value, but their condition would tend to be less than ideal as well. Considering the size of the horde sitting around his house, it does not appear Sadighian was a "bookseller."

One of the officers investigating the crime speculated that maybe Sadighian just liked books. That seems as likely a motive as anything else. His house was already beginning to take on the trappings of legendary 19th century bibliophile Sir Thomas Phillipps' home. Perhaps it is just as well someone saved Sadighian before he traveled too far down that road.

Sadighian was charged with felony shoplifting and grand theft. He was released on bail.