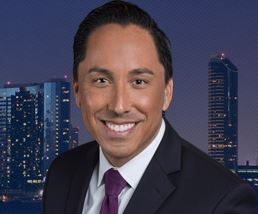 California Assemblyman Todd Gloria, author of the repeal of the autograph law as applied to booksellers.

Good news for booksellers – California has repealed its hated new autograph law, at least as it applies to booksellers. The onerous requirements, which also could have affected out-of-state booksellers selling to California residents and participants in California trade shows, will no longer apply to those in the book trade. The same applies to those selling manuscripts, numbered prints and other forms of autographed ephemera not pertaining to the sports or entertainment media industries.

The old law, which took effect on January 1 of this year, was never meant to apply to booksellers. It was intended to reach various memorabilia sellers, particularly in sports and entertainment, who regularly sell forged material. It is an industry by itself. According to the California Assembly's discussion of the bill, 94% of all Beatles' memorabilia is forged, 76% for Marilyn Monroe and Elvis Presley. Nevertheless, the wording of the law did not make this point clear. As written, it sounded like the law would apply to booksellers selling autographed books and others as well.

What made this so upsetting to booksellers were the draconian requirements. Selling an autographed book might have required presenting the buyer with a Certificate of Authenticity with all sorts of information, some possibly hard to come by. Included in the detailed information were a description of the item, purchase price, an express warranty, size of edition if it is part of a limited edition, whether it was signed in the dealer's presence and the name of a witness to the signing, and if purchased from a third party the name and address of the person from whom it was purchased. Various warning notices had to be posted in bookshops and trade shows, and specific records had to be kept. Dealers specializing in signed editions or hosting author signing events would have been particularly hard hit by the requirements.

The terms were so demanding on booksellers that the author of the bill wrote a letter saying it was not intended to apply to booksellers. Unfortunately, that is not good enough. Only the law is the law, and her letter was not a part of the law. Under the letter of the law, it could readily be interpreted as applying to booksellers.

The new law makes numerous changes to the old legislation, such as increasing the minimum value of the item qualifying as a (autographed) collectible from the absurd $5 to $50. However, rather than looking at the adjustments, we will get straight to the new part that is targeted specifically to booksellers. The new law has some exceptions as to what is considered an autographed collectible. The previous law only said, sometimes in general terms, what was. Here is the key new section – "autographed collectibles" do not include, "signed books, manuscripts, and correspondence, as well as ephemera not related to sports or entertainment media." That is quite clear when it comes to books, and to much of the other material booksellers often handle. Another exception covers "works of fine art," including "numbered multiples," which will cover many artistic prints.

What is still in? Well, this revised definition now limits what is a collectible for purposes of the statute to just two areas, sports and entertainment media (music, television, and film). So now, we are limited to two subjects of collectibles, and with various formats such as books and original art in any subjects removed.

Is there anything that booksellers might handle which still could cause a problem? There are a few signed ephemeral items within the works on paper category one might have. Baseball programs, tickets, or cards are specifically listed. So are pictures and photographs related to films, along with tickets and playbills. These do show up occasionally in a dealer's inventory, so it is wise to be mindful here. You don't have to sell too many of them to be subject to the requirements. Just three of these valued at $50 or more over a 12-month period will subject you to the requirements. Be careful if you are a California dealer or selling into California. The statute also makes clear that auctions selling such non-exempt material must also comply with the revised rules.

Update:  As of October 3, the bill had not yet been signed by Gov. Brown. Unless the Governor vetoes it, it will become law on his signature or on October 15 if he neither signs nor vetoes the bill. It is expected the bill will be approved by the Governor.

Further Update:  The legislation has now been signed by Gov. Brown and is now law.