What Is the Fine for Returning an Overdue Book 100 Years Late? 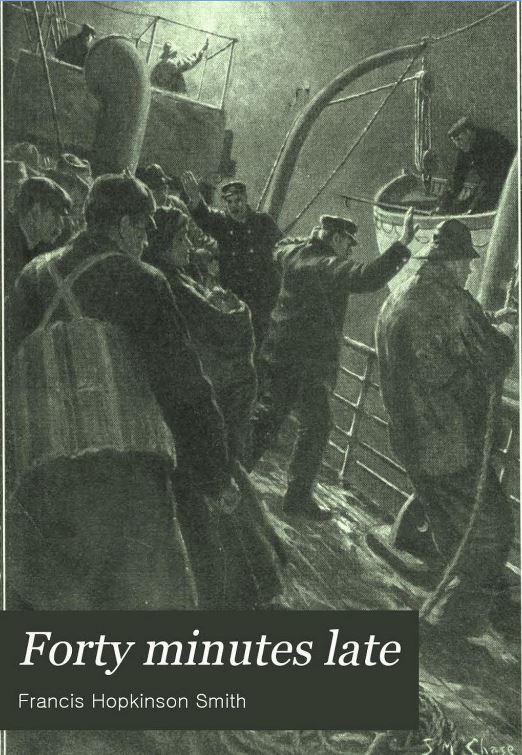 The San Francisco Public Library recently had one of their fine forgiveness events for overdue books. They don't have them often, nor on a particular schedule. They seem to come up about once every eight years, so when they do, many people take advantage of them. Surprisingly, not many are long overdue. Fewer than 2% of the almost 700,000 items returned were more than 60 days late. However, once in a while, someone is really, really late, as was the case for Phebe Webb. She took out a book in 1917 and never returned it. In the irony of ironies, the book was titled Forty Minutes Late. That was an understatement of 99 years, 364 days, 23 hours and 20 minutes.

Not surprisingly, Mrs. Webb was unable to return the book herself. That task fell to her great-grandson. As to what the library will do with the book, that is unclear. They may place it in their history center. It is a rather obscure book today which is not likely to have too many askers. And anyone who wants to read it for free, need not go to a library anyway. The copyright on this 1909 book has long expired. You can read it free on the HathiTrust website.

Hopkinson Smith was not just a writer. He was also an artist, whose works are of some note, and a marine engineer. If you ever visit the Statue of Liberty, you will see his work. No, he did not build Lady Liberty. He built the foundation on which she rests.

Runner-up for oldest book returned was Brass, a Novel of a Marriage, by Charles Norris. Borrowed in 1937, this book was a mere 80 years overdue. It easily could have waited until the next amnesty event. This one was also brought back by a great-grandchild, the borrower long gone. What is it with great-grandmothers not returning their library books? At least Mrs. Webb had an excuse. According to her great-grandson, she died a week before the book was due.

So, what is the fine on a book 100 years overdue? In 1917, it was 5 cents a day at the San Francisco Public Library, but in recent decades it has been 10 cents. Some quick math indicates it would be around $2,300. However, even on a bad day, Mrs. Webb's descendants wouldn't have had to fork over that much. The fines max out at $5 per book. Evidently, the library believes that for $5, most patrons will bring the book back to ease their conscience (and retain their borrowing privileges). At more than $5, the library will probably never collect the fine nor get the book back again. But, on this particular day, the amnesty program was in place. So, to the question of what was the fine on a book 100 years overdue, the answer was nothing at all.