In The News: A Couple of Libraries Struggle with Book Problems 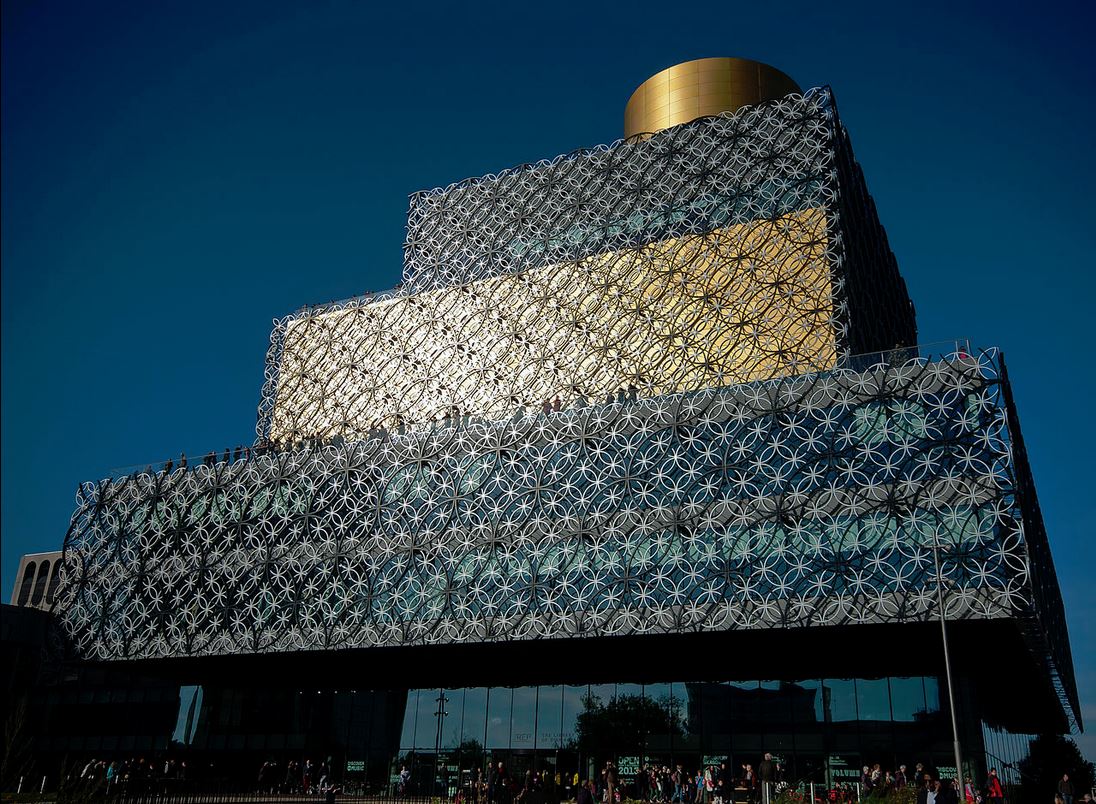 The spectacular new Birmingham Library is looking for some new books.

On September 3, 2013, the Library of Birmingham (England) opened to much fanfare. It is a spectacular building. Nearly 2 ½ million people visited this architectural wonder last year. Built at a cost of almost £190 million ($300 million), it is the most popular building in England outside of London. The result of an international design competition held by The Royal Institute of British Architects, it took four years to complete construction. As the picture next to this article reveals, the results are stunning.

At the opening, one of the speakers was 16-year-old Malala Yousafzai, the incredibly brave Pakistani girl, almost killed on a bus home from school by a Taliban gunman for the crime of being a girl seeking an education. Malala had moved to Birmingham to recover from her injuries in safety. She concluded her remarks by saying, "And let us not forget that even one book, one pen, one child, and one teacher can change the world."

Today, we find that this magnificent library has a big problem. They have no money to buy books. Not even one book, to paraphrase Malala. Earlier this year, financial considerations forced the City Council to substantially reduce the library's hours. Now, all expenditures for new books have been put on hold. The news leaked out when some branch libraries began requesting patrons give newer books they had purchased and read to the library. Otherwise, they would not have the latest books on their shelves. There is something both ironic and sad about this predicament – such a beautiful and expensive new library unable to afford the relative pocket change necessary to place new books on their shelves. We trust that in time, this situation will pass, and the collection of new books will be worthy of the magnificence of the structure. These are tough times.

Books face a far more dire threat in Iraq these days. Numerous wars have taken their toll on books and ancient manuscripts housed at the Bagdhad National Library. The Iraq War was particularly bad, dragging on for years while chaos often ruled, leading to fires and other damaging events. However, a new library is now being built, and painstaking restoration work is under way to save many old documents.

However, another ominous threat has arisen more recently. Much of the country has been overrun by ISIS, the most brutal group of thugs imaginable, and part of their modus operandi has been to destroy anything that creates a memory of times before they were in control. Hopefully, Baghdad will stay clear, but neighboring cities such as Mosul have fallen, and many of their historic books and artifacts destroyed. Library officials are now taking old documents, once they are restored, and photographing them along with digitizing their content. This won't protect the originals if this latest threat or another reaches the halls of the Baghdad Library, but if they can be digitized before yet another calamity strikes, their content will finally be preserved for all time. We wish the Baghdad librarians, and all their beleaguered countrymen, the best of luck. They have suffered too much already.